have you heard? Beats is giving away 24 sets of Beats Pro audio cans to the victorious German soccer team and those are not just any Beats Pro we are talking about; they are 24-carat gold dipped Beats Pro headphones. but why 24? well, 23 will go to the folks who actually do the work and one for the person who screams, shouts and probably spits a lot. that’s the manager, in case you are still clueless. businesses can’t wait to jump on the opportunity to promote themselves during the 2014 FIFA World Cup and Beats is no different. more so when one of the sportsman had, at one point in time during the World Cup proceeding, ‘caught’ using Beats product when Sony was clearly the official sponsor, which lead to subsequent ‘ban’ of using non-sponsor products throughout the duration of the game. 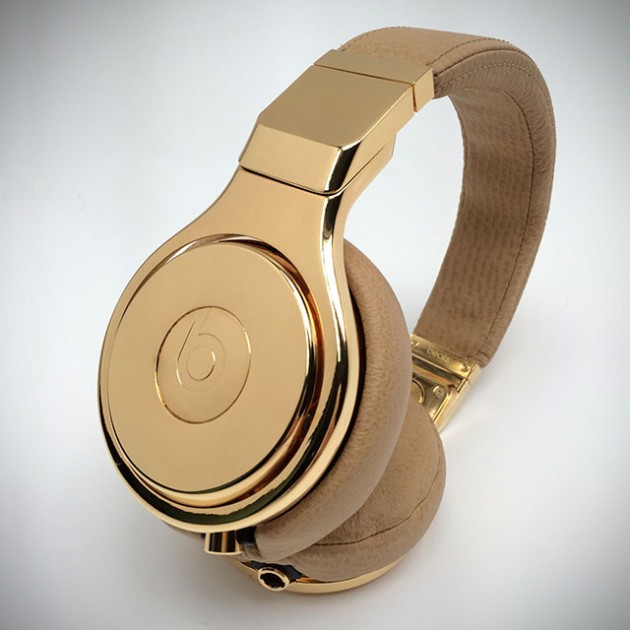 so is Beats hitting back now that the whole four-year-once game is over? probably. and did Beats foretold Germany would take the Cup? probably not. it’s more likely that the firm has already prepared the sets and plan on gifting to the team that takes the trophy home. anyway, as if the hardware isn’t enough, Beats have also commissioned fashion photographer Rankin to create a ‘celebratory salute’ to the victory, featuring supermodel Naomi Campbell and of course, the Gold Beats Pro headphones. the worked entitled ‘Golden’ had Naomi dressed up in gold attire, accompanied by the 24-carat coated audio cans over her head and a golden soccer ball, striking a pose as the World Cup trophy. you know what i think? it is marketing gimmick at its best, but i am sure those 24 dudes won’t be complaining. keep going for a full length shot of Naomi and also catch a congratulatory message from Beats x Naomi. 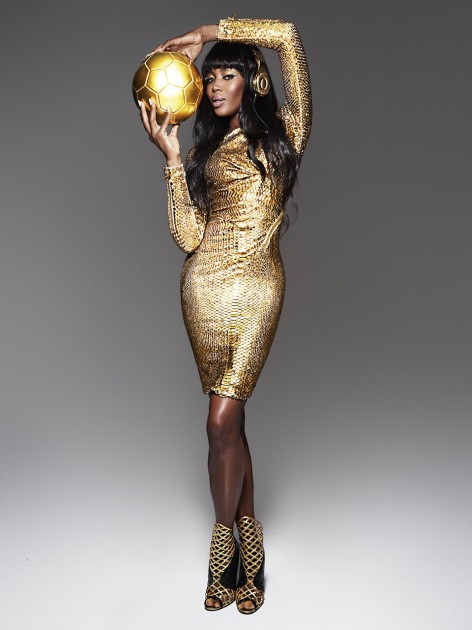