Imaging drone opens up to a world of possibilities (and kind of puts helicopter pilots out of job) in videography, allowing previously costly aerial shots to be made by almost anyone, but it does has its inherent problem: flying and taking good camera shots simply do not mix. Not that it can’t be done, but it is difficult to achieve the desired effect since the pilot who is also the videographer needs to make sure the aircraft goes the right way and altitude. Professionals get a crew to do that and probably have different people controlling the camera and drone, but for everyone else who does it solo, there is the 3D Robotics Solo Drone that promised to take the burden of flying off your shoulder so you can focus on video recording. 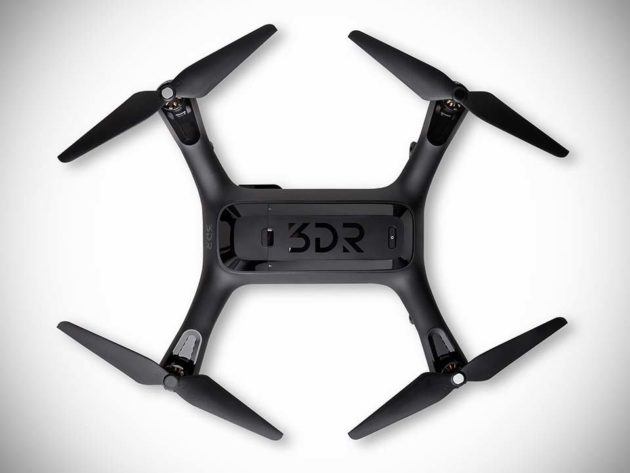 The drone offers a few modes of autonomous flying, including the now common selfie and follow me modes, plus two new to the drone industry’s modes called Cable Cam and Orbit. The former allows two points to be set for the drone to shutter between, as if it is on an invisible cable. The Orbit mode does the same thing, but in a wide circle. While the drone is moving through this preset invisible path, you will have complete control of the camera. As perfect as it may sounds, it does have a catch here: unlike DJI Phantom 3, it does not come standard with camera and neither is the gimbal in the deal. You will need to acquire them separately, though the latter is available if you opt for the Solo’s gimbal package. Although it does not have a camera, 3D Robotics has teamed up with GoPro to create an app to allow control every aspect of the GoPro camera’s setting. 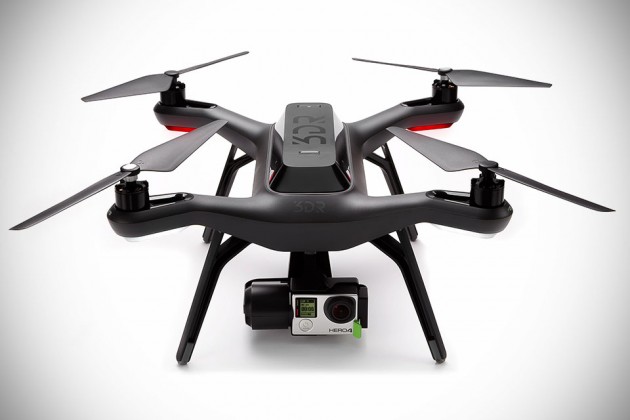 The drone’s game-style controller, which is touted as the only controller in the world with its own 1GHz computer, also boasts camera control, letting you remotely adjust the camera tilt positions and speed, take a photo or start and stop GoPro recording. Footages can be streamed to your mobile device with the controller’s built-in WiFi, while a DHMI port lets you broadcast the video feed on any HDMI-equipped display, including VR goggles. Other features include smart battery with LED indicator, PIXHAWK 2 flight controller, onboard 1GHz computer, 880 KV motors with self-tightening glass-fortified nylon props, LED lights for directional awareness, accessory bay, pause flight in midair, flight data recording, one-touch takeoff and land, and auto return and land.

A series of add-ons will also be offered to further customize the Solo to your needs. These include indoor-flying prop guards, infrared sensors, and a ballistic parachute to prevent it from falling out of the sky in the event of an unfortunate aircraft failure. 3D Robotics Solo Drone is slated to go on sale in May in the U.S., and in June and July global. And the price? It starts at $999.99, which does not include the gimbal and GoPro. Check out the product promotional video after the break. 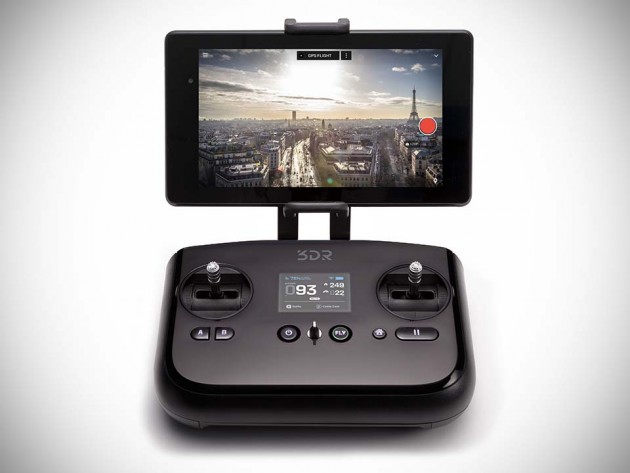 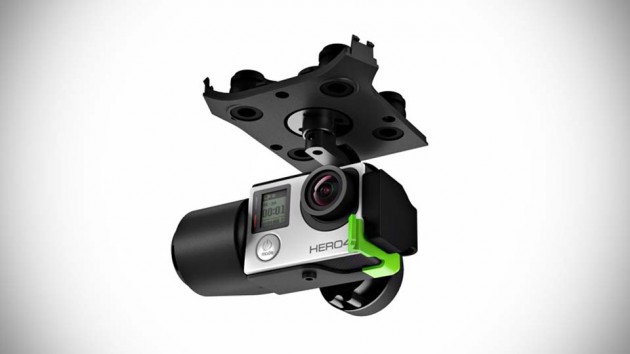 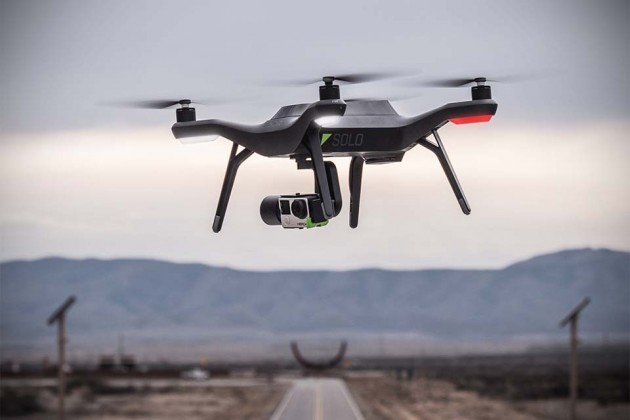 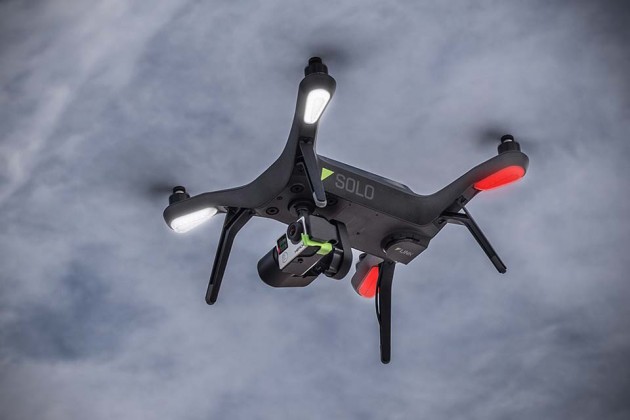