Western Digital-owned SanDisk has again broke new ground, its own ground to be exact, in tiny storage for mobile devices. It has recently announced a 400 GB SanDisk Ultra microSDXC UHS-I card, outdoing its previous 200 GB SanDisk Ultra microSDXC card introduced two years ago. With increasing resolutions offered by today’s mobile devices, this 400 GB solution could haven’t come at a better time. Leveraging on the company’s proprietary memory technology and design and production processes, it has achieved more bits per die that result in another record-breaking storage capacity in the same tiny form factor. 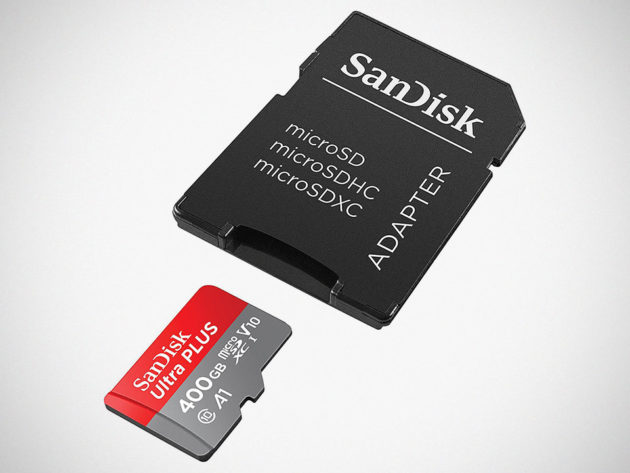 With 400 GB at your disposal, you can store up to 40 hours of video in Full HD, which means you can record and store more without ever worrying about running out of digital space, and thanks to Class 10 speed rating, you can capture FHD videos and high quality photos straight onto it without a hitch. On the performance aspect, it can swiftly transfer data at speeds of up to 100 MB/s. To put that in perspective, up to as many as 1,200 photos can be transferred in a minute. Furthermore, 400GB SanDisk Ultra microSDXC UHS-I memory card meets the A1 App Performance Class specification which means, this baby can load apps faster if you chose to install apps on it.

Finally, the updated SanDisk Memory Zone app lets you managed the storage with much greater control and ease. But all these are as good only if your devices, such as Android smartphones and tablets which it is designed for, supports the use of microSD cards. As with many new technologies history have shown us, this luxury of digital real estate does not come cheap. And by not cheap, we are talking about a sticker as much as smartphone or a tablet, or $249.99 to be precise. Last checked, the card is not yet available on SanDisk web store, but if you are up for it, you can get it on Amazon for the aforementioned sticker.