If there’s anything the aerospace industry have learned from the development of the Bell Boeing V-22 Osprey is that vertical takeoff and an aeroplane don’t mix very well – unless billions are sunk into it and sadly, the sacrifice of human lives. But lucky for RC aircraft enthusiasts, you don’t need billions or hurt anyone to get a RC version of this infamous USAF aircraft. Yes. You heard that right. Bell Boeing’s V22 Osprey has finally arrived to the RC world and it ought to be a moment to rejoice because this scaled RC flying contraption actually does what the real-deal does, which means it has full Vertical Takeoff and Landing capability and the ability to seamlessly transition from a VTOL to an aeroplane, and vice versa, at a flick of a switch. 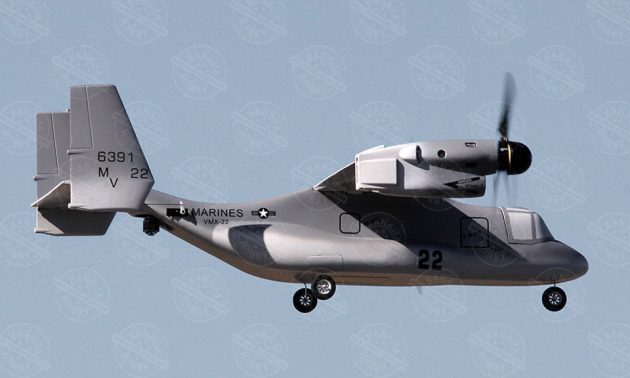 Three years in the making, the 5 Channel BlitzRCWorks VTOL V-22 Osprey RC Aircraft features a high precision stabilization board developed specifically to enable it to pull off what billions of dollars have achieved. Granted, it is not entirely dependent on the two tilt rotors to achieve the VTOL-to-airplane and vice versa transition; BlitzRCWorks has thrown in an additional horizontal rotor towards the tail section to ensure the aircraft stays aloft as it transitions between the two modes. What BlitzRCWorks has done is nothing short of a RC breakthrough and I am not even exaggerating one bit. Seriously, folks, forget what you know about quadcopters or multicopters. This is it if you want the best of both worlds. 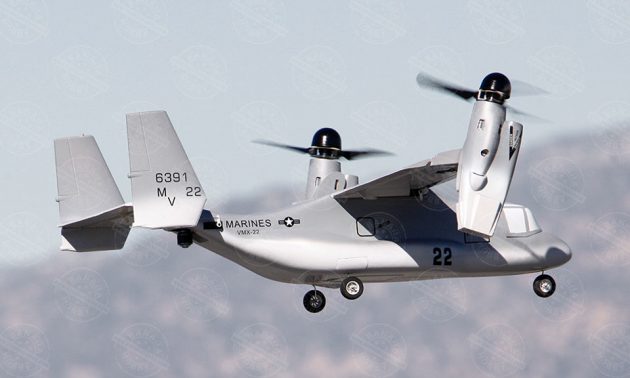 However, such near-miraculous awesomeness is not without a price (which shouldn’t come as a surprise to RC lovers, really); it will run you back a cool $299.90. But the joy of having the choice of landing as an airplane or as a VTOL surely outweighs the initial investment and that’s not to mention the ability to transit between two entirely different flight characteristics on the fly (like the freaking real-deal!). Come on. This surely has to be a RC gold, right? Well, we certainly think it is. 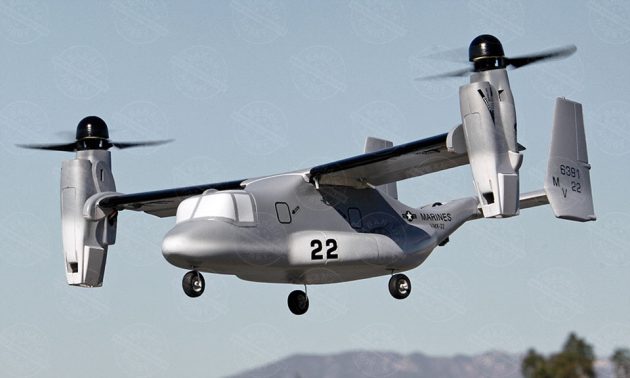 Anywho, if you are on the same page as , then may want to consider picking up the 5 Channel BlitzRCWorks VTOL V-22 Osprey RC Aircraft as a pre-order from Banana Hobby as we speak. Pre-order os expected to be fulfilled sometime in late April 2017. And oh, if you wonder how seamless is the transitions, then may we suggest you witness the transition as it unfolds in the video below. 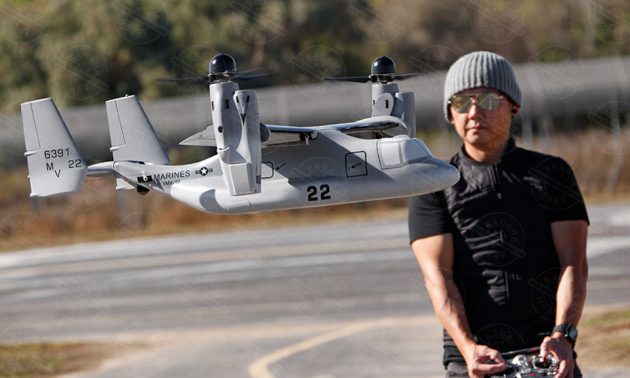