Human’s fantasy of flight never cease since before the Wright Brothers. Now that we have realized flying, mankind is looking toying with other ways to take flight. Wait, what? You mean there are other ways to flying other than an aeroplane? Of course, there are. Why ‘are’? Because besides the various audacious plans like Martin Jetpack, Zapata Flyboard – just to name a couple – some people relish the thought of flying like Tony Stark AKA Iron Man. Popular YouTube Hacksmith was one of them, but nothing come close to what British entrepreneur Richard M. Browning has achieved so far. Call him crazy or whatever, this ambitious soul took to his garage to developed a real-life “Iron Man” flying suit which actually works, well, kind of. 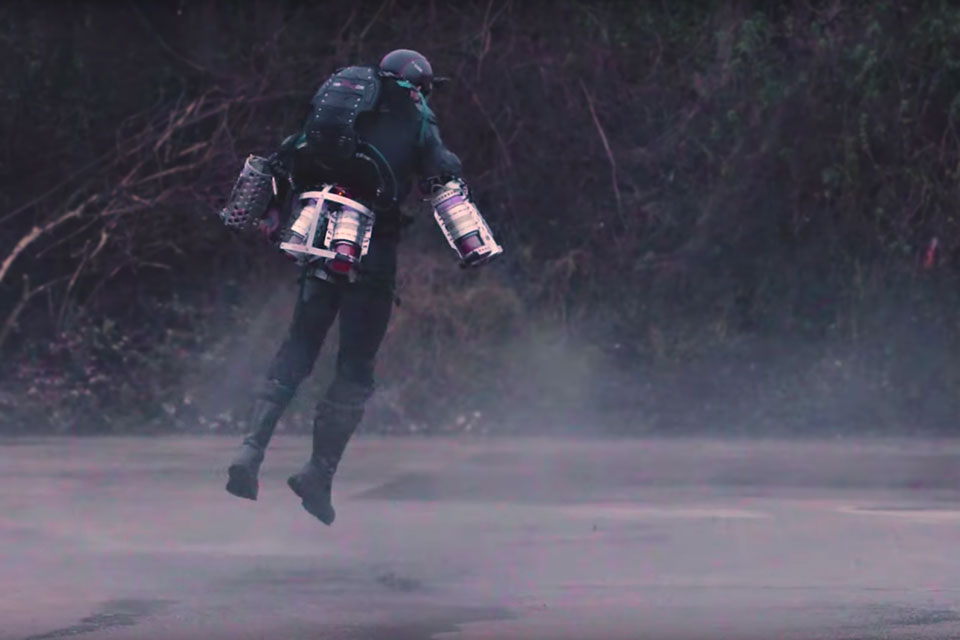 A few seconds of flight was all that the kerosene-fuel micro jet engines-powered (up to six of ’em in one of the configurations tested) flight suit has to offer, but I will say it’s a pretty darn good start before we get to repulsor technology. So, yes. Richard and his startup, Gravity Industries, is brave enough to lift off the ground with hobbyist jet engines strapped on his limbs and that, technically, makes him a real-life Iron Man. He’s not bulletproof even though he has an “exoskeleton” suit and Jarvis is not available to watch his back (it does have a head-up display tho), but like I said, it is a good start. I guess you could say that’s one small lift for man, one giant leap for mankind.

Until significantly smaller propulsion that could enable sustained flight augmented by the wearer’s limbs is invented, Richard and his team has to content with those clunky jet engines. But honestly, I doubt those things will make him soar the glorious blue sky like Stark does. Well, not that he shouldn’t give it go – if Richard and his team can figure out a way to make those tiny jet engines last a little longer than three seconds without weighing himself down with fuel. Plus, it will probably take a man with the balls of steel to actually test fly one.

We are seriously in need of arc reactor technology. See the progress of this so-called Daedelus flight suit thus far in the embedded video below. As if what Richard has done isn’t awesome enough, there’s an even more glorious version by Red Bull, which you can also find further below.