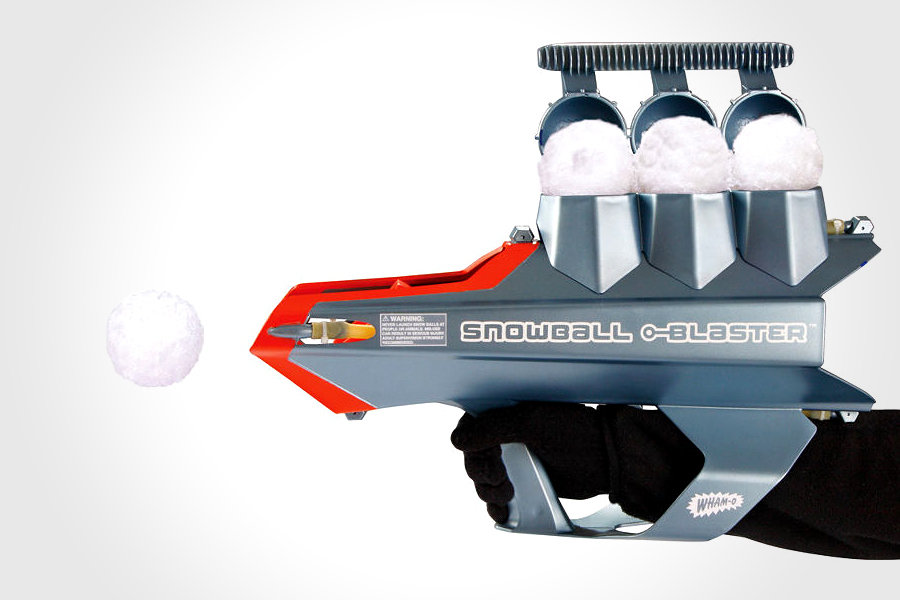 for countries that get to experience snow falls around this time of the year, it means fun time for kids. apart from snow sleds and lugging snowballs at each other, there is actually a more fun way to enjoy the inevitable snow season such as blasting snowballs or perhaps, turning the snowballs into a slingshot ammo. meet the 50 Foot Snowball Launcher and The Snowball Slingshot, the ultimate weapons for your snowball shoot out. the former makes snowball war a faster pace affair with its snowball forming chambers that can quickly turn out three softball-sized snowballs, ready for your snowball confrontation. a slingshot mechanism, powered by elastomers, launches the snowball up to 50-feet – one at a time. The Snowball Slingshot, on the other hand, has a longer range of 60-feet, thanks to its medical-grade elastic tubing slingshot mechanism. though, the snowball has to be formed up manually by the user which could potentially slow you down in a snowball hurling skirmish. however, what the Snowball Slingshot lacks in convenience is overcomes by its extra range. if you are looking at forming your snowball skirmish task force, both toy snow weapons should complement each other perfectly. The 50 Foot Snowball Launcher and The Snowball Slingshot are available through Hammacher for $29.95 and $39.95, respectively.
[ad#Google Adsense-text-468×60]