Remember Brent Waller? Well, the Australian LEGO enthusiast is back again, this time with a custom Batman set that will completely blow your mind. Waller’s latest creation is this massive, 6-foot (!) LEGO Batcave that comes complete with Wayne Manor sitting a top. Looking at it is like looking at a massive 3D cross-section blueprint of Batman’s sophisticated abode. 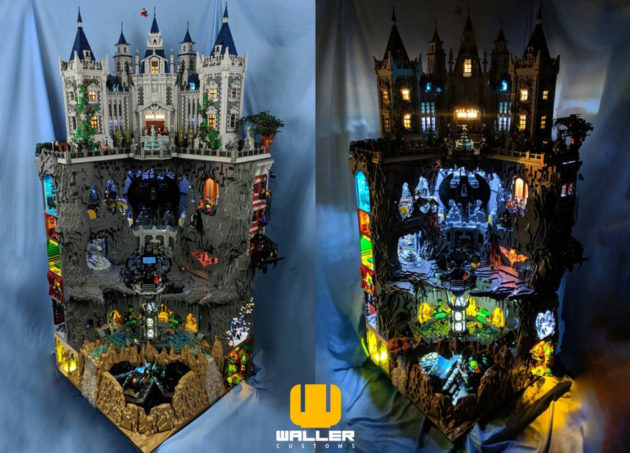 It is impressive beyond what words can describe. A year in the making and over 100,000 LEGO elements used, this custom Batman set features the familiar Gothic exterior of the Wayne Manor and below it, a cavern of the Bat’s lair. The cavern is as complex as it was seen in the live-action movies, as well as animated movies like the The LEGO Movie and The Batman LEGO Movie. 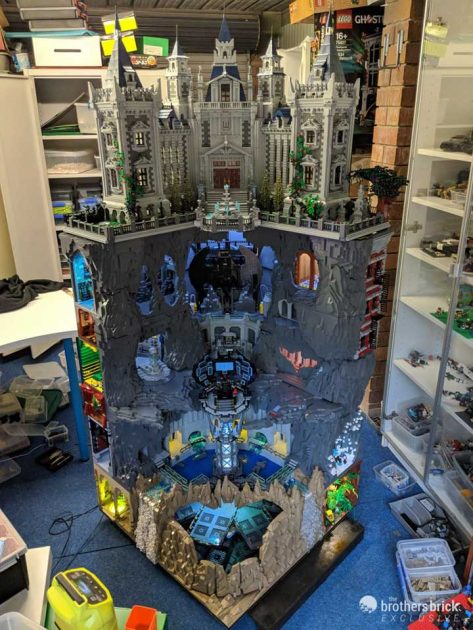 The details that have gone into it is exhilarating. Just look at the relief on the walls of the cave. If that isn’t mind-blowing, I don’t know what is. What’s even more incredible is, the mansion isn’t just a facade; the details within are just as crazy, featuring multiple scenes, including a room on fire with Two Face caught in it. Absolutely stunning.

Just below the mansion is a large cavern with the requisite bats hanging upside down on the ceiling and a Batwing serving as a center piece. Next floor down, is the lab where Robin is on the computer, probably surfing porn sites. Nah, just kidding. Robin is too honest to be such a thing. At the mid level is a large open space with ancillary caves on the sides, each with its own scene (armory, suit room et cetera), and right smack in the middle is Bat’s very own super do-it-all computer with the Bat himself working on it and Alfred serving up a lobster dish. 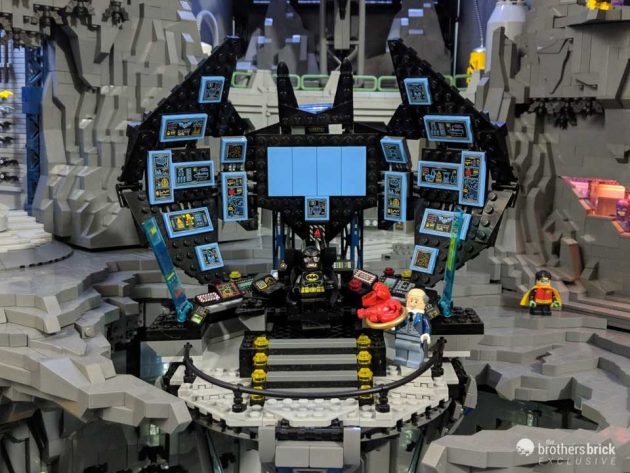 The entire set is super dope, but I should think the star of the show is right at the bottom where a carousel with a series of Batmobiles from different generations parked. The carousel is motorized, letting Waller show off his collection of Batmobiles from the 1960s open-topped Bar ride to Tim Burton’s 1989 Batman to Brent’s own interpretation of Christopher Nolan’s The Dark Knight Tumbler (which I have also built following Brent’s instructions). 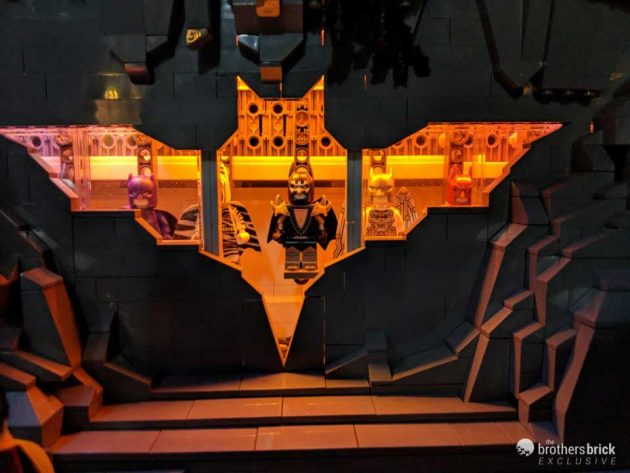 Finally, custom lighting are thrown in to create unique glow to each area. Man, this set is beyond gorgeous! It is absolutely a dream for any Batman and LEGO fan! Brent Waller’s LEGO Batcave and Wayne Manor was on displayed at the BrisBricks Strathpine Expo on June 9-10, 2018, in Brisbane, Australia. Lucky for you if you were fortunate enough to see it in person, but you weren’t (like me), then may we invite you to check out the 6-minute non-narrated walkthrough of this crazy masterpiece in the video below and be prepared to have your mind blown. Guaranteed. 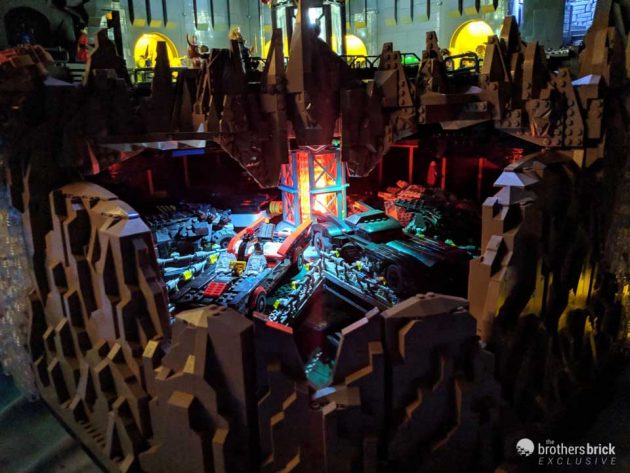 via cbr.com via the brothers brick.