Almost 4 years ago, we were thrilled by J-Deite when it unveiled a scale car that was able to transform into a robot and vice versa. What made J-Deite Quarter, as it was called, unique was, it is actually mobile like a real car and it was able to walk as a biped machine when in robot form. The goal was to create a full-size model by 2020. Fast forward to today, it looks like the folks behind it, Brave Robotics and Asratec, are on track to realizing this dream. 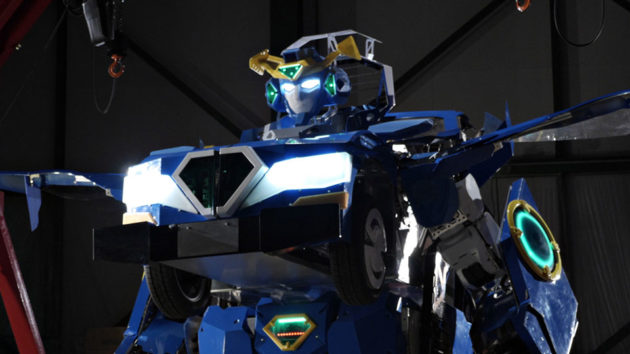 Back in April, J-Deite has announced a prototype of the rideable transforming humanoid robot, now dubbed J-Deite RIDE. Standing at 4 meters (13 feet) tall in robot guise, J-Deite RIDE is as promised: it is a drivable vehicle that seats two and walks on two when in humanoid form. The coolest part is perhaps, it can pull off the transformation, from vehicle to robot and vice versa (albeit rather slowly), with the two person still in it. It might be slow, but it is an achievement. 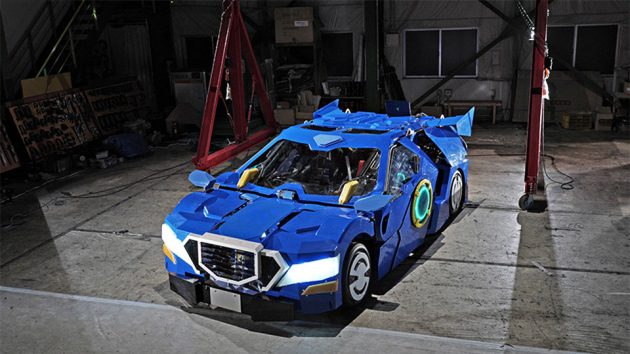 If you really think about it, J-Deite has in fact one-step up the fictional Transformers because, the fictional organic robots will have to “spit” out the humans when they transform from vehicle to robot form. In addition to human onboard, it can also be operated by remote control via wireless network. Theoretically, this 1,695 kilograms transforming machine could travel at up to 60 km/h (37 mph) in vehicle mode and 30 km/h (about 19 mph) on wheel in robot model, or walking at a modest pace of 100 meter/hour (328 feet an hour).

NOW READ  Great Scott. Transformers x Back To The Future Crossover Is Here!

J-Deite RIDE was recently showcased at GoldenWeek DOKIDOKI Festa All Working Cars Assemble! in April/May and it is set to attend one of the world’s biggest attraction trade show, the IAAPA Attractions Expo 2018, to be held in Florida, USA, in November 2018. In case you are wondering why attraction trade show… it is because, the life-mission of J-Deite is, thankfully, not for sinister purpose such as wars, but according to the official statement, it is for amusement rides such as transforming go-karts, or transforming demonstrations at parades.”

Skip to see in action in the video posted by World News. But before you proceed, be prepared for a very slow transformation. In short, lower your expectation a little cos’ it is nothing like Michael Bay’s kind of Transformers. It is a good start nonetheless.