There are choke full of simulation games out there that most people can relate to. You know, games like The Sims series, Sim City, and Civilization, but there is yet one that celebrates the contributions made by emergency services, until now. We are not talking about the actual men and women in the law enforcement, fire department, or medical services – we talking about the dispatcher, the person at the other end of the phone who dispatch the service you need in an emergency and the one person who will likely remain as a faceless being to you. The 911 Operator developed by Poland-based Justu Games is an upcoming video game that pays homage to this group of unsung heroes, allowing you to play the roll of an emergency lines dispatcher. 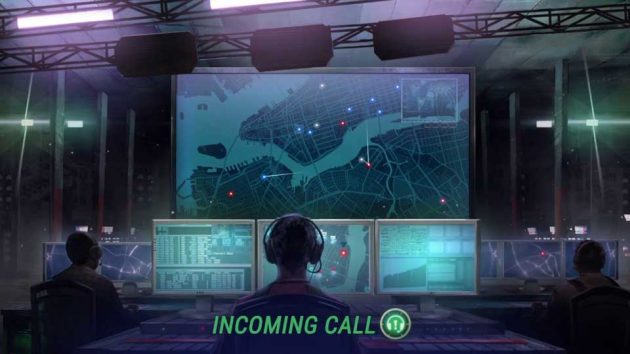 The game empowers you with management of teams of police officers, fire fighters, and paramedics, handling distress calls and determining if the calls are genuine emergencies, or otherwise. Playing the role of the all-important dispatcher, you are constantly put in a predicament and the decision you can make a difference of life and death. A dispatcher is not just answer to calls and dispatching the right services, but he or she also requires to have empathy, calm the callers, and even offers First Aid instructions to improve survivability. Of course, it not just medical emergencies you will have deal with; you will have handle cats stuck on trees, crimes, family abuses or disputes, dealing with fire and chemical hazards, or people trapped in elevators.

Basically, everything that can happen in real life will play out as scenarios in the game. Jutsu Games said some of the scenarios in the game are based on true events and like real world emergency calls, some calls can get pretty emotionally charged and in some instances, quirky or completely weird. Any brilliant feature is, you can choose to ‘work’ as an emergency lines dispatcher in over 8,000 cities, big or small, including New York, London, Moscow, Albuquerque, Ankara, Beirut, Busan, Cleveland, Philadelphia, and even tiny island state like Singapore.

911 Operator emergency services video game’s Kickstarter campaign has already met its funding goal, which means a pledge of $12 CAD or more (roughly US$9.10 or more) will secure yourself a copy of the game when it launches in November 2016.