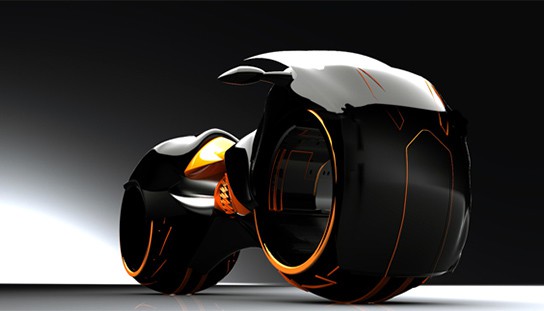 the Tron fever has started well before the film was screened and spread fore even after the film was screened. not only commercial entities are jumping on the Tron bandwagon, even designers and self-professed fans have their take on the blue streaks. to date we already seen DIY Tron messenger bag and Skatecycle, just to name a few…
[ad#Google Adsense-text-468×60]

here’s designer Wallace Campbell’s take on the Tron Light Cycle, but with some practical present-day touch which includes windshield, side view mirrors and real seat. aside from the practical aspects, the rest of the bike extrudes the essence of Tron with the usual blue or orange streaks.

even though we knew the Tron Legacy light cycle might be a tad impractical to be real, at least for now, we still love the light cycle – less the awkward looking windshield. i know its necessity but it just look off. Wallace’s rendition also spots a hub-less wheel system, which proves to be workable in real world and only one side of the bike has flaring while the other side is exposed to present the glory of the turbine or engine. it will be a surprise to us the rider don’t get burnt by the supposedly (we assumed) high power motor.

however, we thought the prone position of riding can hardly be feasible in real world. nevertheless, it sweet. we prefer the orange one though. 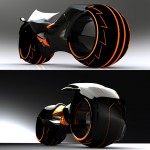 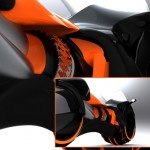 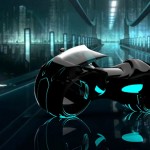 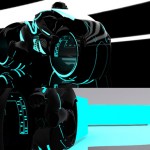 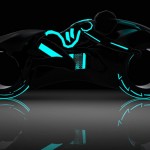 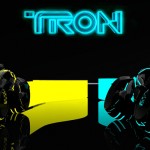