fact: the Acer Aspire R7 is dangerously at the edge of being outdated barely a few months out. truth: we don’t really care cos’ the Acer Aspire R7 Star Trek Into Darkness Laptop looks freaking awesome. only 25 of the latter was rolled out, non-publicly, by the Taiwanese computer maker and now, one lucky person in the world will get to own one when it goes under the gavel from June 14, for a ten-day period, on eBay. that said, price will be depending on the auction’s outcome which we anticipate to be super hot, but whatever the amount comes to, all net proceeds from this The Only One auction will go to charity. setting this ultra limited edition laptop from the ‘regular’ R7 is all but one feature: a stainless steel Star Trek logo with sandblast finish and polished surface. in case that lone iconic logo doesn’t quite entice you, the Into Darkness edition also comes with a Star Trek logo-adorned R7 protective sleeve, a Star Trek Into Darkness film poster signed by the film cast, and special Star Trek Into Darkness digital contents such as wallpapers, videos, soundtrack and video game. if those goodies still fail to appeal to the trekkie (or trekker) in you, perhaps a unique Star Trek Into Darkness product package (as pictured), accompanied by a Limited Edition Certificate of Authenticity issued by Acer and Paramount Pictures will.

beyond the Star Trek touches, the R7 is still very much the R7 you read about not too long ago, with features like 3rd generation Intel Core i5 processor, a 15.6-inch 1080p touchscreen display, 500GB hard drive with 24GB SSD, a repositioned keyboard and touchpad, and last but not least, the unique, if not revolutionary, “Ezel” hinge that allows you to switch between four modes. head on down to The Only One auction to learn more and also sign up for reminder so that you won’t miss this golden opportunity, or scroll down further for a couple of product videos. 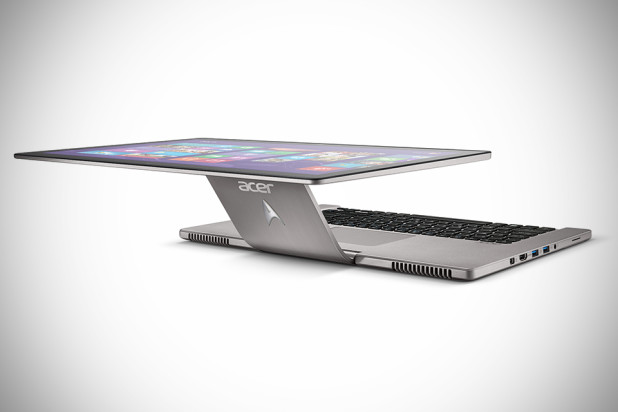