There are many LEGO geniuses and Sariel is among them, specializing in custom Technic creations. One of his latest works that caught our eyes is this motorcycle as featured in the now-classic Akira anime. The topic of the unnamed bike rode by the 80s manga protagonist has been tackled by other top-notch builders, but what makes Sariel’s iteration stands out are the custom stickers, working LED lights, and functional drive and steering. And yes, it is electric powered, albeit it being an external one, due to the compact size of the model. The 715g model is driven by two motors; one drives a pair of small wheels directly under the chassis, right in front of the rear-wheel and hidden away by the side fairings, and another is used to manipulate the steering. 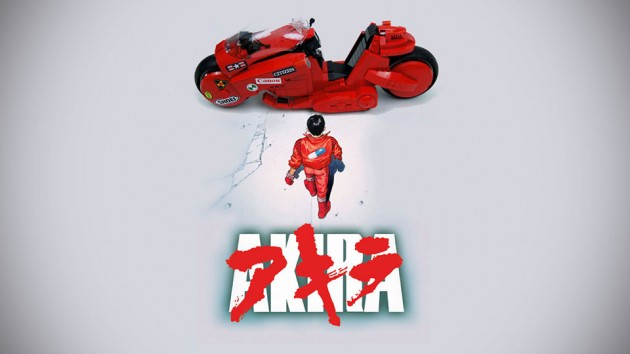 The pair of handsome LEGO wheel and rubber combo pulled from LEGO 8420-1 Technic Street Bike set is not actually driving Kaneda’s bike; they are just there because they had to be there. One of the beauty of Sariel’s creation is, it has a freely rotating front-wheel between fixed discs and can still be steered together. This, as Sariel puts it, is a result of “plenty of engineering.” At a glance, the finished model doesn’t even look like it was made of LEGO bricks and technics part, due to the lack of studs. It look much like any scale model and it has the bonus of being able to move remotely, well, by wire, that is. As said, due to the size of the model, the IR remote unit and the joystick unit have to be located externally with signal pass on to the bike through cables.

Another notable feature is LED lighting, which can found on the headlamp and dashboard (yes, even the dash is lighted too), as well as the front and rear turn signals which are of blinking LEDs for added realism. Sariel’s creation has been in development for quite a while and only saw completion this year. Keep going for a video to see Akira Kaneda’s Bike by Sariel’s Custom LEGO Technic Creations in action and catch a glimpse of its “professional test driver.” 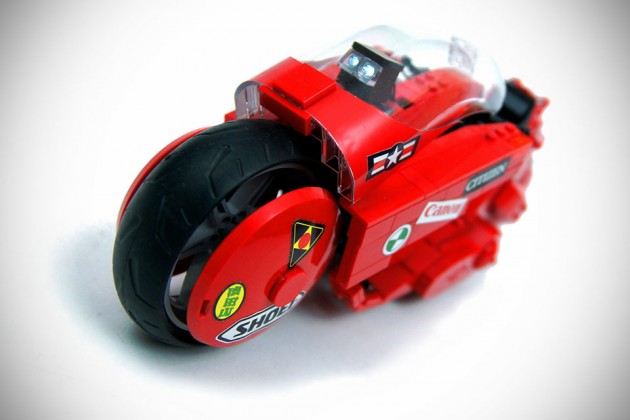 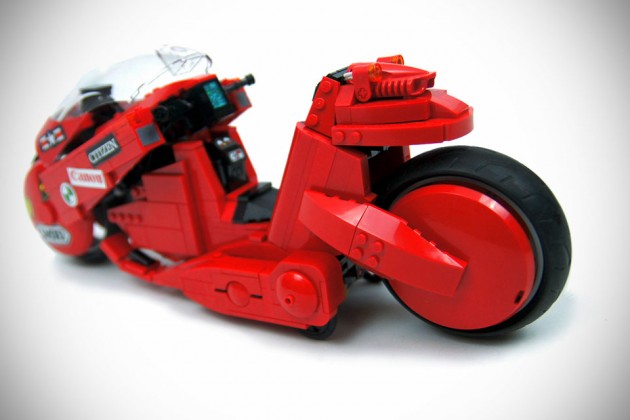 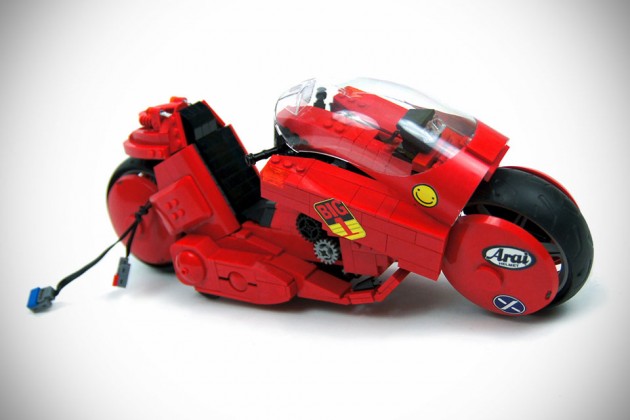 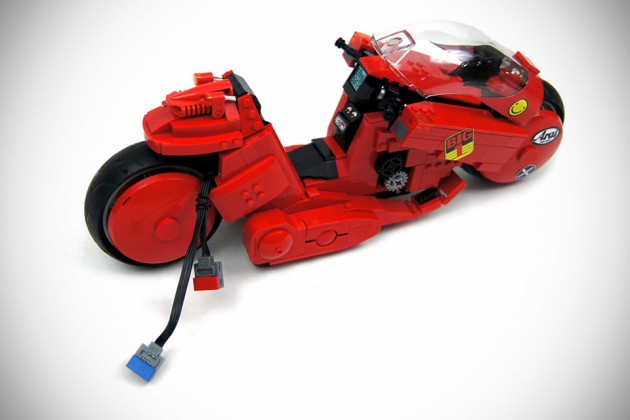