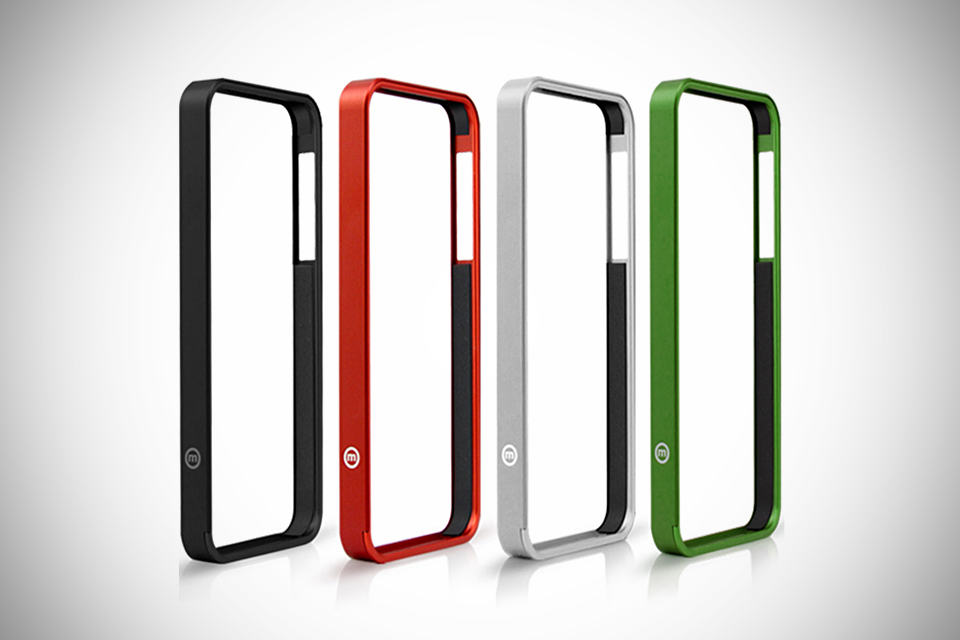 among us, we know a few folks who chose to brave the risk of harms in order to maintain the sleek look of their iPhone 5 (i.e. going the naked route). however, you really don’t need take such a risk cos’ a case – or in this instance, a bumper – if designed with sleekness in mind should look as good as a naked iPhone. case in point: AL13, an ultra-thin aluminum bumper for iPhone designed protect the most delicate part of your precious handset. unlike the current offerings in the market, there is no cumbersome hex screws to deal with – it uses the slide and lock methods, similar to those two-piece plastic iPhone cases, to lock in your phone. crafted from the much sought after material of the 21st century, the aircraft-grade aluminum, the AL13 is coated with rubber on the inside to prevent scratching of the iPhone during installation and the very same rubber lining also undertake the duty of shock absorption in the event of a drop. all in, the AL13 only adds 16 grams of weight to your iPhone and its ultra-slim form factor doesn’t quite bump the size of the phone a lot.

another design details would be its chamfered edges on the bumper that allow the case to seemingness blend with the iPhone 5’s chamfered edges. for a Kickstarter pledge of $55 or more, you will secure yourself a AL13 in a choice of three colors: black, silver or red and each bumper comes with an anti-scratch, anti-fingerprint and anti-glare PET screen protector, along with a piece of protective film for the back of the phone. like all well designed case/bumper, the AL13 features raised edges that prevent your phone’s from direct surface contact when set flat on the table. though nice and all, you should be wary that aluminum does and will affect the call reception – a trade-off that AL13’s maker, Designed by m, openly admits (the firm puts the loss at between 5 to 10 percent). if the loss is really as claimed, then we are convinced that this might just be a minor inconvenience for the extra protection without sacrificing beauty.