Folks, this is the R18 LMP1, Audi’s contender for this year’s FIA World Endurance Championship (WEC) and Le Mans 24 Hours, which Audi billed as the marque’s strongest race car to date. Audi goes back to the drawing board in designing the Audi R18, resulting in a vehicle that “has nothing in common with its predecessors.” A new, more radical aerodynamics concept that features a new safety cell, a revised V6 TDI engine and for the first time, a hybrid system that is battery-operated, replacing the flywheel energy storage system used from 2012 to 2015. 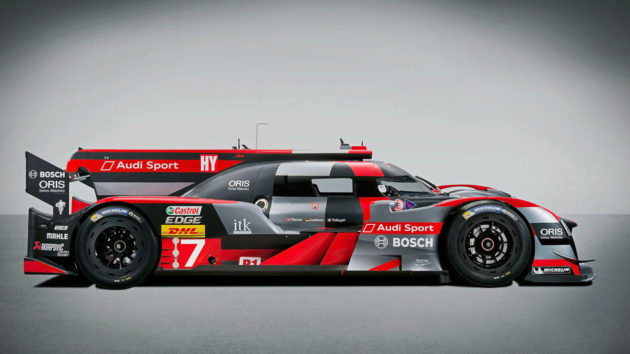 As per 2016 season’s new regulation that lowers the allocated fuel for race cars with high energy recuperation, Audi’s decision to go with the battery operated storage allows it to store more energy while consuming less fuel than previous generations and still achieving a grand 1,000 horsepower and turning out 850 Nm. Here’s an overview how this new system in the R18 LMP1 works:

“The energy stored by the system is generated by an MGU (Motor Generator Unit) at the front axle. The Audi R18 converts the rotary motion of the front wheels into electrical energy when the driver brakes before entering a turn and feeds it into the storage system. This way, the hybrid sports car utilizes energy that would otherwise be lost. If the race driver accelerates again on exiting the turn, the current flows in the opposite direction to power the MGU. As a result, the front axle of the R18 helps accelerate the race car again. A low-temperature cooling circuit, which is separate from the engine cooling system, cools the battery cells, MGU, and power electronics.”

The new change means the thrill and excitement of motorsports remain largely unchanged and it also pushes automakers to develop more efficient powertrain. What Audi did for the track will eventually trickle down to the consumer market, which means more fuel efficient cars without sacrificing power output in near future. This also means motorsports, while exhilarating, need not to be a huge stab at the environment. So I guess it is a win-win situation for everyone? Perhaps. 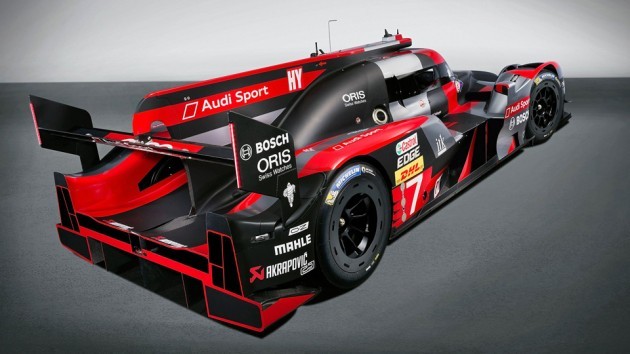