according ASMO, smartphone chargers are consuming energy even when nothing are plugged into them. if you asked me if i am surprised, i’d say ‘yes’. it is a revelation? well, kind of. call me ignorant or whatever. being a person who fervently believes and explores science, it is hard to fathom where that ‘consumed energy’ goes. surely that energy must go somewhere right? but we are not having electrical 101 here, so we are not going to argue with ASMO who apparently is an apt firm that did its due diligence. ASMO is a Finnish startup started by a dude of the same name. based on ASMO’s studies, it is said that we really should be alarmed by how much we have wasted by plugging in our chargers when we are not using them. 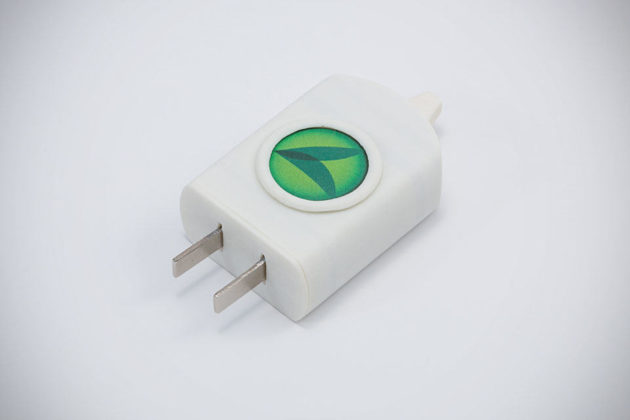 based on 6.8 billion mobile phones and tablets globally, the energy wasted could amount to as much as the power produced by 27,000 power windmills, or 2 nuclear power plants. that, my friend, is some serious energy wastage that we can’t turn a blind eye to. this is where ASMO Charger wants to help. besides looking awesome and feeding your device the right amount of electrical charges, ASMO is intelligent enough to know when your device stops packing in juice or when the device is not connected and stops consuming power until when needed again. in this way, you can leave the ASMO charger plugged in knowing that you are not wasting energy and by not drawing anymore electrical power when it doesn’t need it, it also prevent potential fire risk caused by stray electrical current and sparks during times when there is an electrical surge. so basically, ASMO Charger kind of kills two birds with one stone.

the real dollars you’d save is probably not quite as alarming, but in long run it could be of some significant. on a bigger picture, if everyone who keeps their chargers plugged in do it the ASMO Charger way, then we are talking about some crazy numbers that could mean a world of difference to the environment. if you are so enamored by the idea of a greener charger, then you might want to hit up ASMO Charger’s Kickstarter campaign and show your love. early backers will be able to score one for just 29 bucks. after the limited early backer special runs out, it will set you back at $49. if you want the wood cover version, it would set you back at $90. of course, the ASMO Charger will only materialize if the project reaches its pretty lofty $70K funding goal.