There’s a reason why people says ‘round the clock’ because a clock, or a watch for that matter, is by and large, round and hence, the round clock, or dial, face. However, when smartwatch first came onto the market, it wasn’t; it smashed the status quo not because it want to, but it was constrained by the then available display technology. Display tech have since progress leaps and bounds, and there’s really no reason not to go round with smartwatch. The truth is, round looks smarter. In fact, a handful of makers have already taken the round route, among them are Motorola, Huawei, LG, Samsung – just to name a few, and now, ASUS is also following suit. It is actually a smart, logical move, albeit a little late. Late or not, you can’t deny that the ZenWatch 3 is pretty in round. 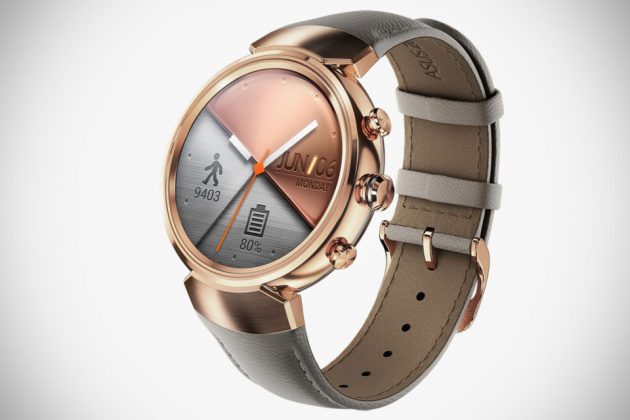 Sporting a sizeable 1.39-inch AMOLED display that touts 400 by 400 resolution, this latest Android Wear device from ASUS packs a good 287ppi (if that number matters to you) which is a tad larger than Huawei’s beautiful example by screen size. In addition, it gets a few real watch touches, including a “jewelry-grade” stainless steel case spruced up with diamond-cut bezel, wrist watch requisite pushers and crown, and “finely stitched” Italian leather wrist band. Beneath its regular timepiece appearance lies a Qualcomm Snapdragon Wear 2100 processor supported by 512MB RAM, a 4GB eMMC flash storage, and a 340 mAh battery, which ASUS should last you up to two days. 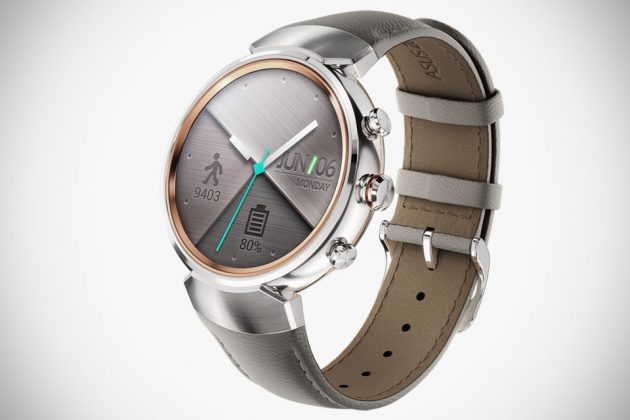 Charging is via a magnetic port, which incidentally also boasts quick-charging technology capable of putting back 60 percent of charge into the smart timepiece in just 15 minutes. Finally, software end is, of course, handled by Android Wear with some UI touches by ASUS, including “some custom watch faces.” ASUS has boldly described the ZenWatch 3 as a “truly a sight to behold.” Well, you do know what? I think it certainly is. Yet again, the line between a traditional timepiece and wearable tech is not further blurred. Expect ASUS ZenWatch 3 to cost, at least in Europe, 229 euros (about US$255 at the time of this writing) when it becomes available. As to when it will be available, it is yet to be announced. Continue reading to catch the ZenWatch 3 promo video.

Source and images ASUS via Engadget