Turbo is known to have perceptible lag. Like it or not, it is part and parcel of turbo, but actually not for long. Meet Audi TT Clubsport Turbo Concept, the first in the automotive industry to be equipped with an electric bi-turbo. Since electric power is instantaneous, it can rev to the maximum RPM rapidly without the perceptible lag and will continue to boost charge pressure when the exhaust is at the verge of running out of puff. The end result? A significantly quicker acceleration. In fact, the electric bi-turbo that’s outfitted to the TT Clubsport Concept’s 2,480cc (2.5L) five-cylinder engine helped to produce a cool 600 PS (592 HP) and churns out 479.4 lb-ft (650 Nm) of torque, enabling it to cover up to 53 feet (16 meters) within the first 2.5 seconds, which theoretically speaking, kind of puts it ahead of its competition without such technology. 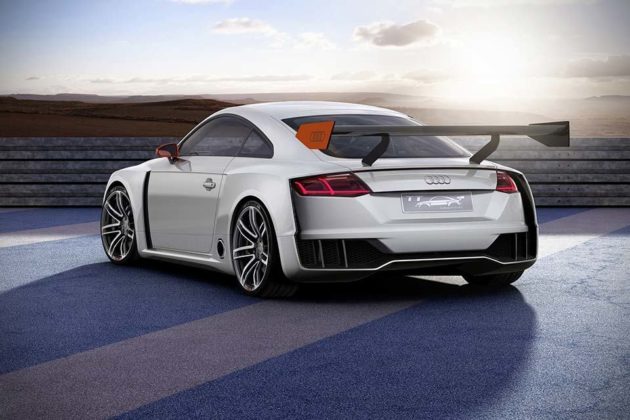 Power is put to all four wheels through a six-speed manual gearbox (with a delightful open shift gate) which is capable of catapulting this 3,078 lbs (1,396 kg) beauty from standstill to 62 mph (100 kph) in 3.6 seconds and sending it on its way to a top speed of 192 mph (309 kph). The electric bi-turbo fitted on the 2.5 TFSI allows for spontaneous response and torque boost of up to 147.5 lb-ft (200 Nm). The electric bi-turbo is powered by a dedicated 48V electrical sub system, hooked up to a compact lithium-ion battery located in the luggage compartment. Styling is nod to Audi 90 IMSA GTO race car of the late 1980s with the TT Clubsport Concept sporting a more angular design, a wider stance, a distinctive adjustable rear wing, and a stripped out interior of CFRP and Alcantara. Scroll down for a few more official look. 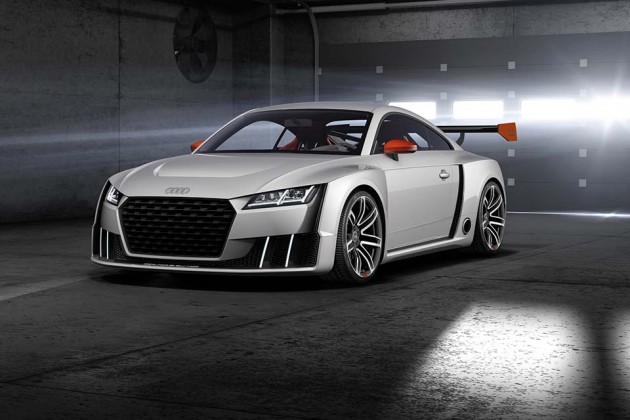 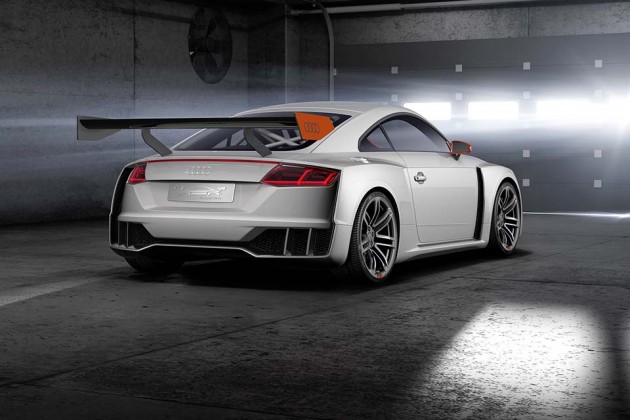 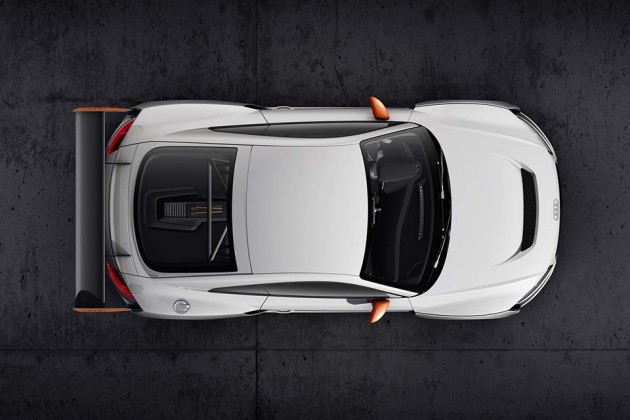 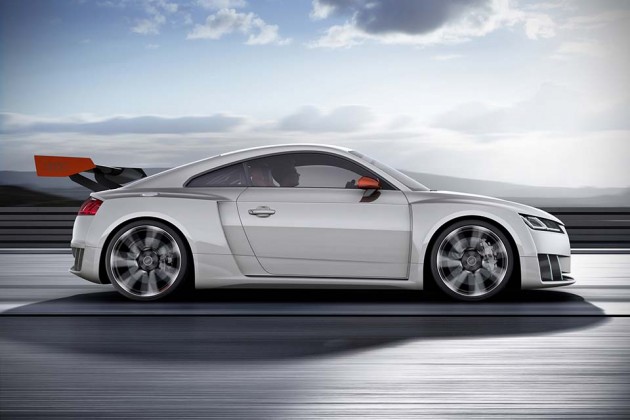 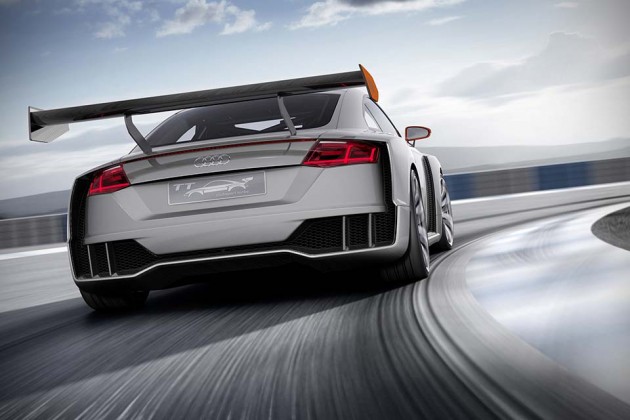 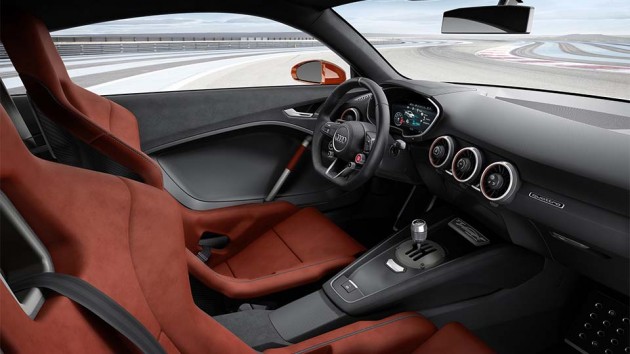 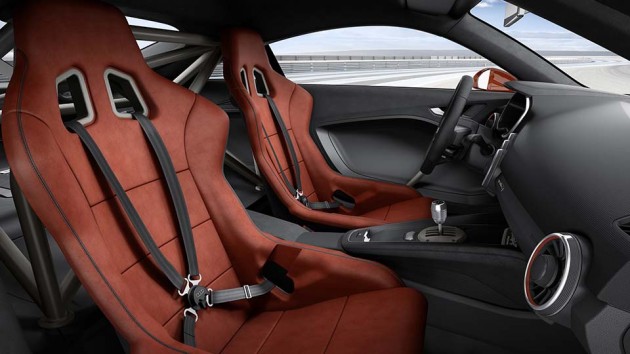