it might look hilariously like a snail, but the Electric Motorcycle J1 by Austrian electric bike maker Johammer ain’t no slow poke; it is well capable of achieving 120 km/h (75 mph) and has a claimed range of up to 200 km (124 miles). its ‘odd’ form is not by accident; it is by design that it sports two tall side mirrors and a huge body. notice how it doesn’t seem to have an instrumental panel? well, it doesn’t – instead, information like speed, charge indicator and stuff are integrated on the side mirrors, and hence the unusually tall post for the side mirrors to facilitate easy reading. as odd as it may sounds, this could also be a pricey move as any tip over may potentially crush your wallet in order to replace them. never in history have mirrors been so delicate. really. and having rings of LEDs on them only adds to the cost, though we must admit they are rather attractive. 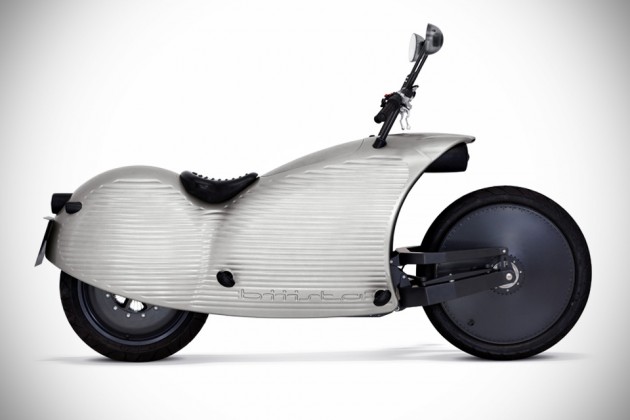 as for the body, the massiveness is necessary to contain the battery stack it has to carry to make the 200 km range. however, it is noteworthy that 200 km is only possible with the top-end model, referred to as the J1.200, that packs a 12.7 kWh battery stack. there is a ‘entry-level’ model known as J1.150 model which is stuff with a 8.3 kWh battery stack, too. major difference between the two are battery capacity, which affects the difference in range, charging time, as well as overall weight. apparently, the folks at Johammer takes pride in their battery technology and to prove that, they are guaranteeing it with a service life of a cool 200,000 km (124,000 miles) or four years without falling below 85 percent of the new battery’s capacity. now, that’s what we call assurance. no?

NOW READ  Though Not The Fastest, We Heard The Begode Master Electric Unicycle Is “Dangerously Fast” 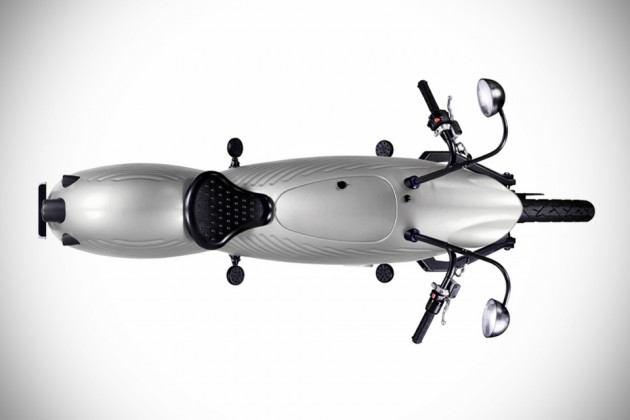 the bike’s oddity in design doesn’t stop here. upon closer observation, you might also notice the bike does without traditional front fork and opt to go with horizontally-mounted shocks for both front and rear, with the front sporting a dual swingarm setup that is said to prevent brake dive. the electric drive is found on the rear wheel and hidden away by the ‘shell’ of this ‘startled snail’. additionally, the vehicle also appears to be have two sets of footrests; one for regular riding and one for cruiser-style riding. up to this point, skeptics must be thinking this outrageous bike should be nothing more than a concept, but it is the opposite: the Johammer Electric Motorcycle J1 is as real as it can gets and anyone with the dough to spare can own one, but expect to shell out €23,000 (about US$31,832) for the 8.3 kWh J1.150 or €25,000 (US$34,600) for the 12.7 kWh J1.200. 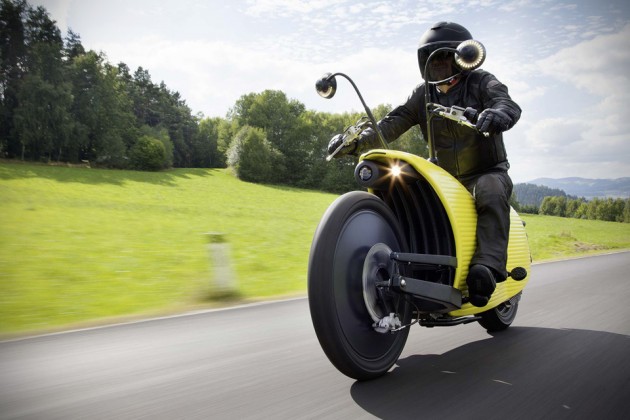