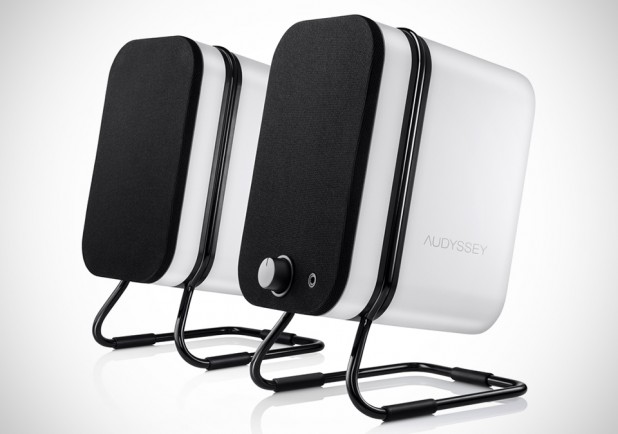 just not too long ago, we were bombarded with sound docks but as you might have noticed, the era of sound dock has past and the most recent sortie is wireless speakers in the form of Bluetooth connectivity. as you might have expected, every tom, dick and harry have let loose their own wireless contraptions, however, being a style-conscious gadget geek who demands serious sounding piece of hardware, second best is not an option. seriously, why settle for something of the lesser kind when you could have what the Audyssey Wireless Speakers has to offer? it features quintessential Audyssey technologies such as Audyssey EQ, BassXT, and Dynamic EQ, pumping out sweet audio through two 0.75″ tweeters, three 3″ woofers, complemented by two 4″ passive bass radiators for an expansive, richer and bolder sound. and in case you have some ancient media players that aren’t Bluetooth-enabled, there’s a 3.5mm audio input jack to take care of those oldies too. another 3.5mm headphone audio jack gives you the personal space that you might crave every once in a while and with the volume control slapped right upfront, control is never out of reach. the Audyssey Wireless Speakers can be yours to own for just $299.99 per set. head past the jump for a short product intro video.