Just the other day, someone managed to capture the nature’s food chain in action and today, we read that another photographer has captured evidence of a battle raging between predators in the wild. Captured by wildlife photographer Kevin Ebi when photographing the non-native foxes in San Juan Island National Historical Park on San Juan Island in Washington state, this series of images show a bald eagle snatching a rabbit right off the mouth of a red fox. 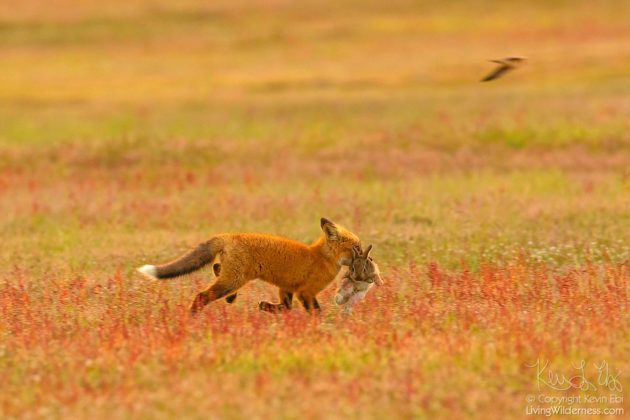 The red fox was the first to lock jaw on the meal, but as the images have showed, a bald eagle decided to relinquish the red fox of its trophy. It swooped down and grabbed it from the fox, but as you know, in the wild, landing on a luxurious meal like a rabbit is no easy job and so, it is no surprise that the fox have no wish in giving up without a fight. 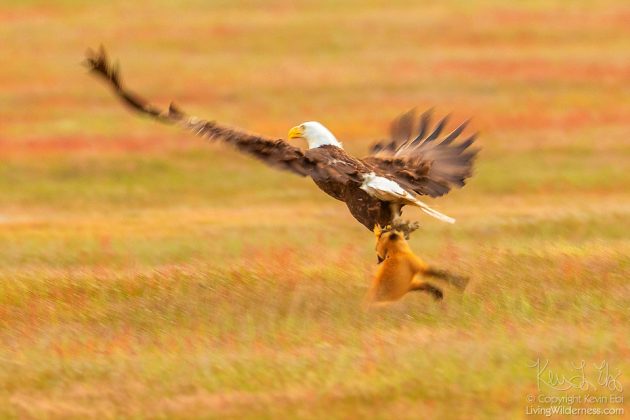 The furry wildlife held on to its meal, but the strength of the feathered predator was not to be belittled. It lifted the rabbit, along with the relentless fox firmly attached to it, and soared over 20 feet into the air before the fox finally calls it a quit and let itself fall to the ground. Fortunately, what the little red fox lost here was only a sumptuous meal and not its life. 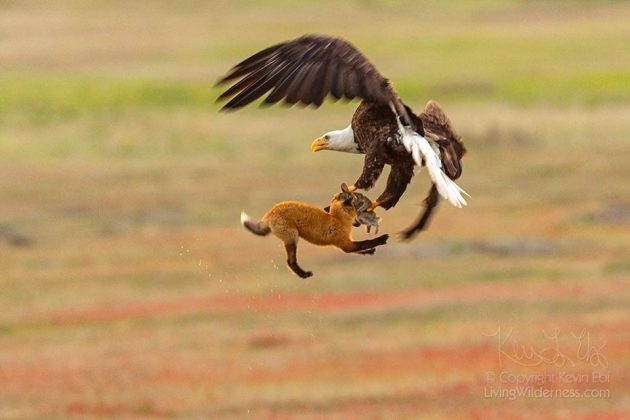 According to the photographer, the fox walks and appeared to be unscathed. How the hell this small animal survived a 20-foot fall is beyond me. Maybe red fox have nine lives like cats? I don’t know. Then again, I guess we can never be sure if there no injuries were sustained at all. There might be trauma within that we can’t see. Anyways, we want to say better luck next time to this poor little red fox and damn you bald eagle for living off other animal’s catches. 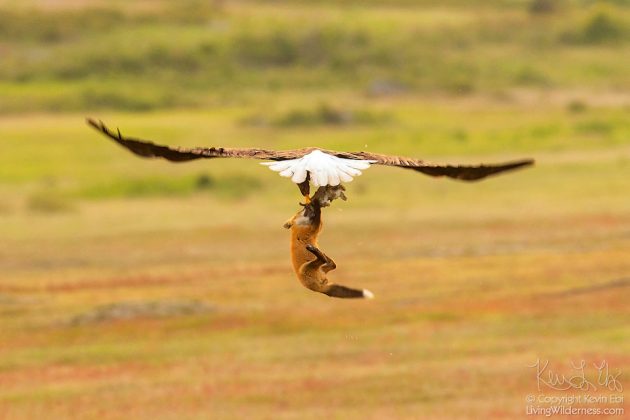 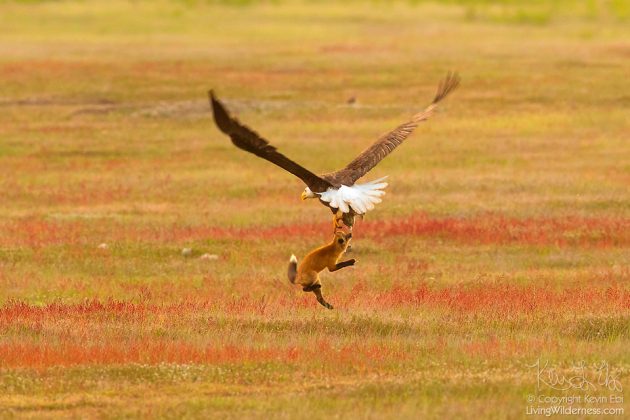 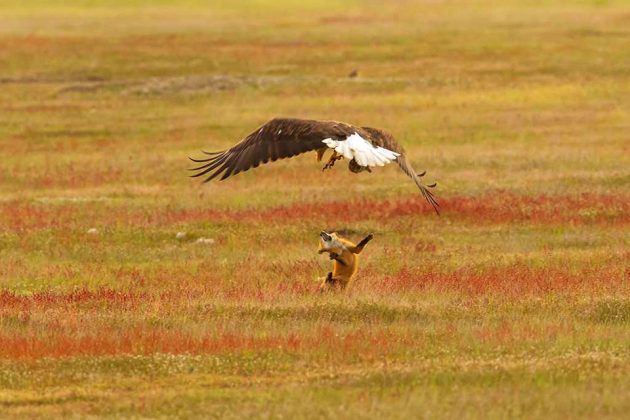 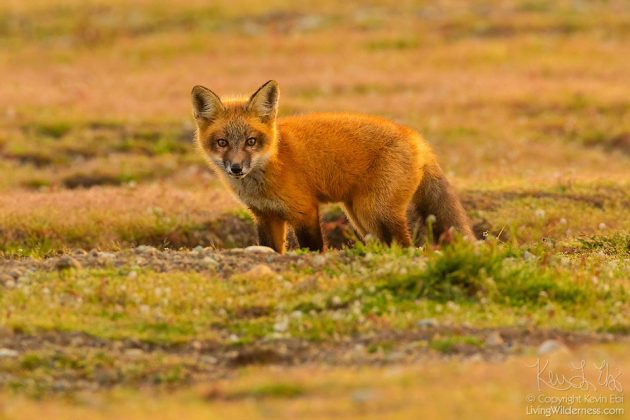