If you are still in the process of cobbling together a real working The Dark Knight’s motorcycle AKA Batpod, well, we have news for you. You can put away your tools cos’ the real deal is going under the hammer. Which means, if you have piles of cash to burn, you may have shot at owning it and save yourself the agony of building one. The two-wheeler with ridiculously fat tires that seem almost inhumanly possible to steer you see pictured here was one of the six real working Batpod made for Christopher Nolan’s The Dark Knight trilogy and was mainly driven by stunt rider Jean-Pierre Goy. So you can be assured that it is rideable, though its road-legality is questionable. 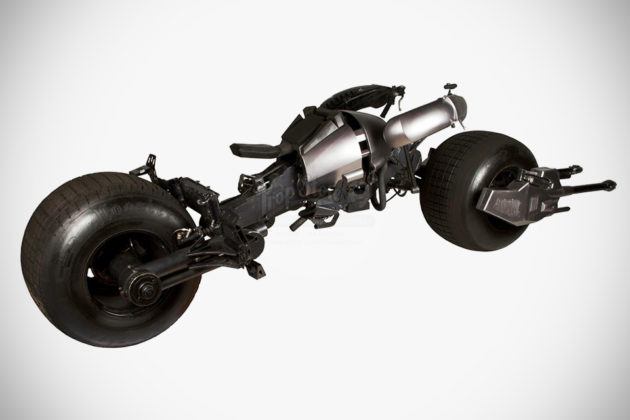 While it is totally functional as a motorcycle, it is still quite a fantasy ride as it has to be ridden in a prone position – a position hardly considered as normal or even comfortable. Definitely not your everyday ride, for sure. Perhaps, you should only use it when fighting crime. Then again, you may have to hit up the gym and work those arms and shoulders muscle of yours cos’ you are going to need them to steer those massive 31-inch Hoosier rubbers and by steer, it is more like leaning. That was probably why The Dark Knight uses a grappling hook when he needs a serious sharp turn. But you won’t be in the rush like he was, so I guess it doesn’t really matter. 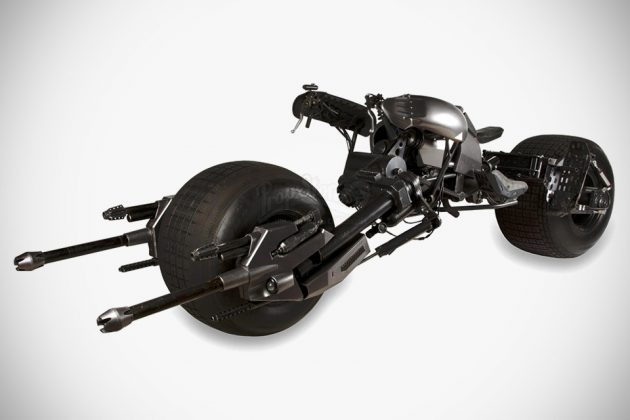 Specs-wise, it is driven by a Honda 750 and it is clad in fiberglass body panels which aren’t perfect at this point but it should be understandable as, after all, this machine was in several battles with several notorious villains. Other notables you can expect include an exhaust system integrated within the framework, a pair of cannon barrels made of plastic, resin and fiberglass (non-functional, of course), a laser targeting unit, and black foam padding on body, saddle and knee rests so that you don’t turn yourself into Bruise Wayne after riding it.

Winner of the auction will also get a metal support stand to display the ride and also, it comes with a Warner Bros. Certificate of Authenticity, just so you know you are getting the real-deal. Auction for the Batpod will start September 27, 2016 and just a heads-up, it is expected to fetch between £60,000 and £80,000 (around US$80,950-107,460). You probably don’t need Bruce Wayne’s kind of fortune to have a shot at owning it, but you do need to be reasonably loaded anyhow. 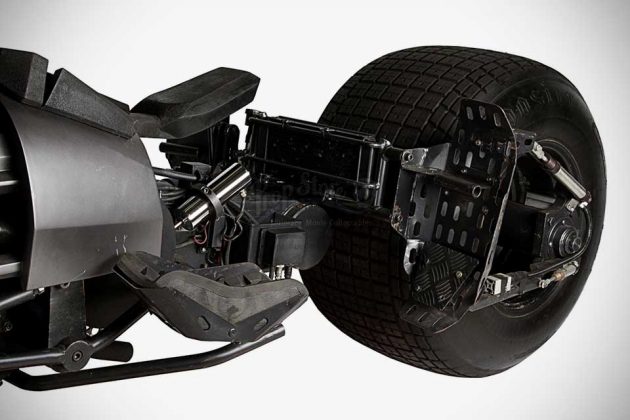 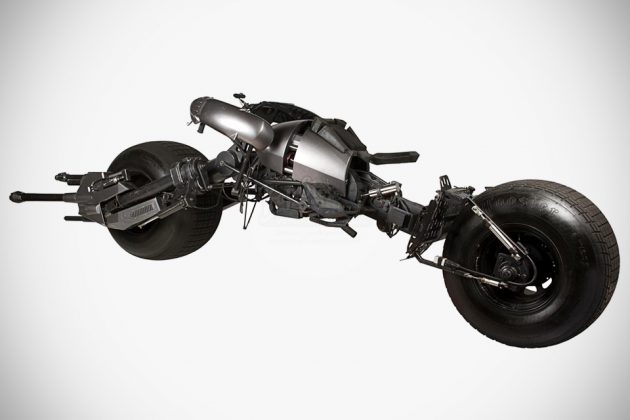 Image: Prop Store (but you already knew that, don’t you?)