What you are looking at is the world’s first flying egg. Called PowerEgg, dreamed up by China-based robotic company PowerVision Technology Group, this drone broke the design convention of drones by going, well, egg-shaped. The company came up with this rather quirky shape when they were brainstorming of a way to safely transport a camera-equipped drone. At a glance, it does resemble an oversize ostrich egg and it will remain this way until it is ready to deploy. Flipping up the four concealed rotor arms and flipping down four concealed landing gears get the aircraft ready for take off. Like most drones, taking off and landing can be achieved at a push of a button on the drone’s purpose-designed, gesture-enabled controller called Maestro. 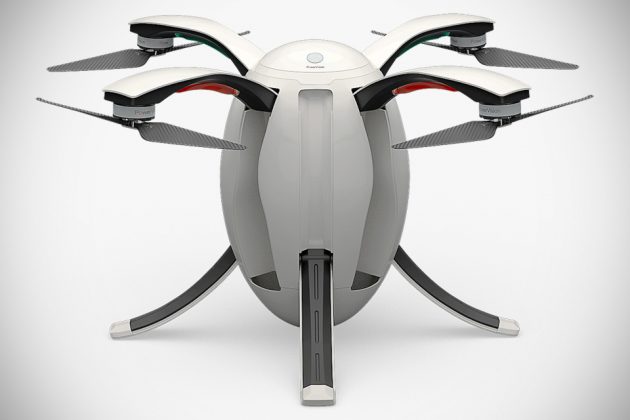 The drone can also be flown using a traditional dual stick controller too. An onboard battery rated at 6,300 mAh offers up to 23 minutes of flight time and the drone is well equipped with circuitry and sensors, GPS included, to enable it to navigate indoor and outdoor. In indoor environment, it uses both optical and ultrasonic sensors to position itself. Out in the open, it uses GPS to enable navigating around and affords a range of 5 kilometers (about 3.1 miles). While it performs like most drone with functions like follow me, point of interest et cetera, it apparently does not have collision avoidance system, which is kind of risky especially when flying in areas ridden with tall obstacles.

Removing the underbody shell reveals a 4K camera mounted on a 3-axis self-stabilizing gimbal, along with the said sensors necessary for indoor maneuvering. If you are looking for unique imaging drone, we would say this is it. However, it does come with a rather hefty price tag of $1,288. PowerVision is taking pre-order for PowerEgg now with shipping anticipated to happen in mid-October 2016. 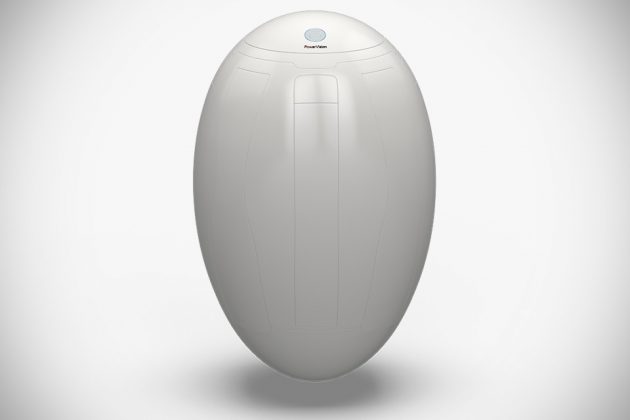