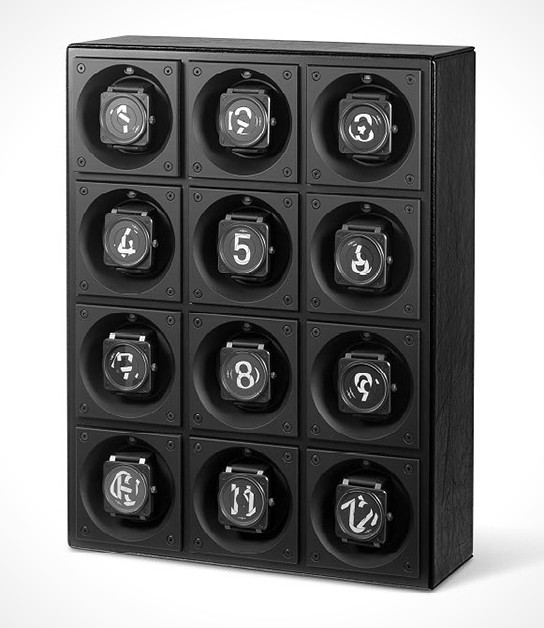 last month, luxury watchmaker Bell & Ross announced a time piece (or should i say, time pieces) that is set to rewrite the rules of traditional watchmaking by doing away with minutes and seconds. this collection of time pieces, dubbed the BR Twelve O’Clock, are designed as an artistic interpretation of the Bell & Ross’ disk-based display. the BR Twelve O’Clock is both a time piece and an art piece that demonstrates “our inability to control the sands of time. The animated display that gives the time in a split second is the perfect illustration of the elusive nature of time.”.
[ad#Google Adsense-text-468×60]

the BR Twelve O’Clock is in fact a clock that is made up of twelve display watches that has no minute and second hands. each watch bears a number corresponding to an hour of the day, such as 1, 2, 3 and so on, up to 12. another intriguing feature is that each number is drawn on three concentric disks and as the disks rotate, the numbers become fragmented and thus making them illegible. however, when the hour for the watch closes in, the number becomes legible again which also indicates the exact hour corresponding to the number of the watch. hence, at four o’clock, all other watches’ number will be fragmented except for the watch that bears the numeral ‘4’.

the twelve watches are all of automatic movement and come in a box. each watch has its own battery-powered winders with push button operation, thus ensuring a constantly changing montage (of time). the watch features the Bell & Ross familiar 46mm diameter steel casing in black PVD finish, screw-in crown, anti-reflective sapphire glass, rubber strap and is water resistant up to 100 meters. according to Bell & Ross, the BR Twelve O’Clock is only limited to just 12 pieces but unfortunately, no word on its pricing and whether they will be available for purchase. 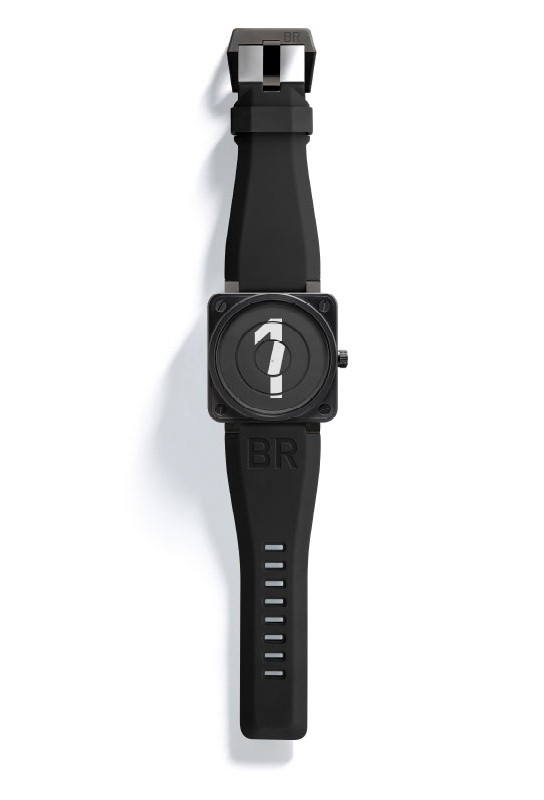