This may not go down well with every Bell & Ross devotees, but here it is, the BR-X1 Skeleton Chronograph, Bell & Ross’ sporty and futuristic take of the iconic BR-01. Inspired by the aeronautical flight instrument of the 21st century fighter airplanes, the BR-X1 retains the signature square design which so many have copied but failed, and unfortunately or not, that’s about the only similarity this new kid has with its forebears. The futuristic look blend with the signature square design may not be everyone’s cuppa, but it is still quite a looker (note: we said ‘quite’). 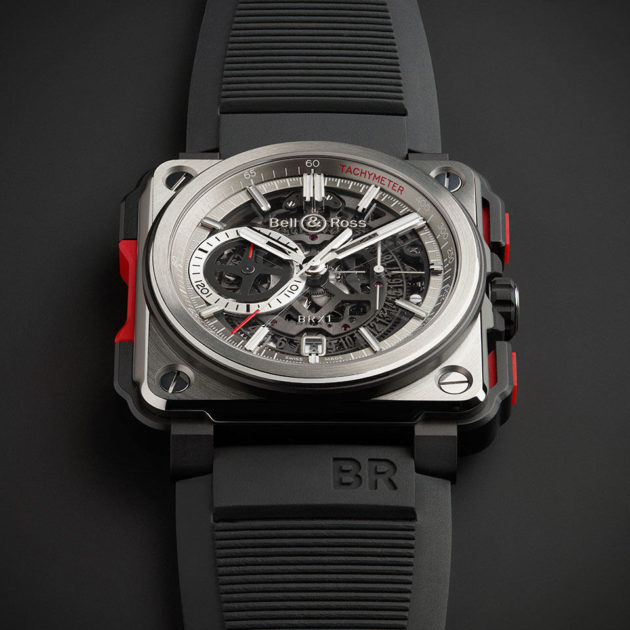 The BR-X1 is so named as a tribute to the Bell X-1, the American experimental rocket plane that broke the sound barrier back in 1947 at a speed of 1,224 km/h (or Mach 1, for you aeronautic geeks) and boasts a long list of features including 45mm titanium case, raised round bezel, anti-reflective coated sapphire glass, a skeleton chronograph, Bell & Ross automatic mechanical movement, grey-tinted mineral glass dial face, applique metal indices with photo-luminescent inserts dial, black DLC treated upper bridge, Superluminova-filled hands, an ultra light aluminum disc on the chronograph’s minute timer, tachometer scale on the ring, and ceramic rocker push buttons with rubber inserts for chronograph activation. 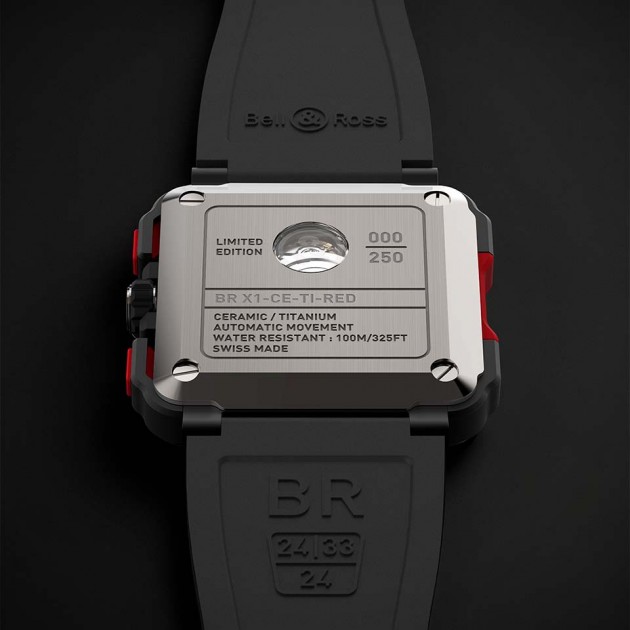 In addition to those, there are a couple of other worthy mentions, like the glove-friendly rubber button grip insert built into the case at 9 o’clock for easier grip of the rocker push buttons, high-tech band made from ceramic and rubber, and water resistance up to 325 feet (100 meters). On its fifth-generation, the BR-X1 is the first watch from B&R’s new collection which the Paris-based watchmaker bills as the extreme version of the BR-01. That said, love it or hate it, it looks like the new take of the classic BR-01 is here to stay and like we said earlier, the bold departure from the minimalistic design is not for everyone.

While the watch by itself looks pretty, a person who is accustomed to the simplistic design of the BR-01 series may feel a little too overwhelmed by the BR- X1. It is like there are too many things going there. You know? Like the skeleton, the scales, the chrono and stuff. Personally, I am all for BR-01’s minimal look. You can call me old fashion for you want, but my BR01-92 is not prepared to relinquish its place in my heart for the new. However, in case you are all for the new kid, you should be wary that only 250 pieces will be offered with each going at €15,000 (about US$19,000). 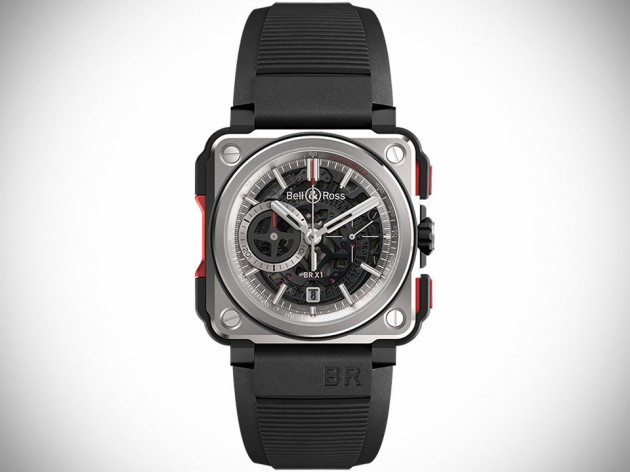