It’s alive! Thanks to TCL, BlackBerry mobile is still kicking around and I am not going to lie, its BlackBerry KEYone Android-powered smartphone is looking pretty dope. First of, there’s no question about aesthetics. It is as good looking as a BlackBerry, but I guess the real draw here is Android. Then again, that’s no news. Pack into into the sleek aluminum and soft textured back body is a 4.5-inch 1,620 by 1,080 pixels IPS touch display with scratch resistant property lent to it by a slate of Corning Gorilla Glass 4 and a Qualcomm Snapdragon 625 SoC featuring an octacore 2.0GHz processor, along side a 64-bit Adreno 506 650 MHz GPU. 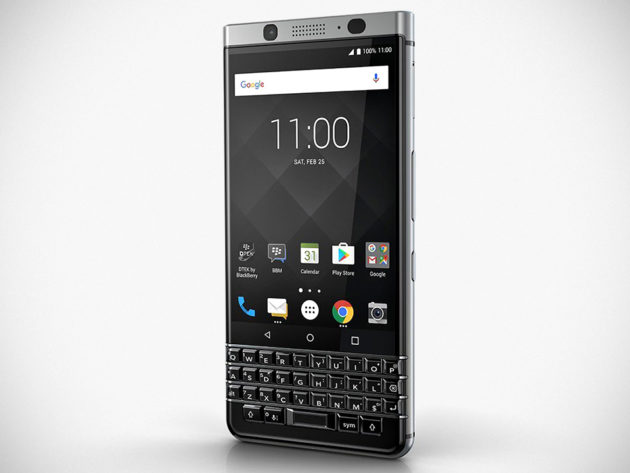 KEYone gets 3GB of RAM, plus 32 GB flash storage which is further expandable up to 2 TB via microSD card. Data and charging is via an up-to-date interface, namely USB Type-C (USB 3.1). Imaging is not lacking either. It has a 12MP autofocus shooter on the rear with 4K recording capability (@30fps), plus phase detection autofocus, fast focus lock, HDR 6-element f2.0 lens, dual-tone LED flash, 4x digital zoom, electronic image stabilization, et cetera. The front, on the other hand, gets a 8MP fixed-focus camera boasting a 1.125 micron pixel sensor, paired to a f2.2 optic with 84-degree wide angle FoV. The front shooter is also blessed with image and video stabilization, records in 1080p30, and has light-up LCD flash similar to those found on later model iPhones. 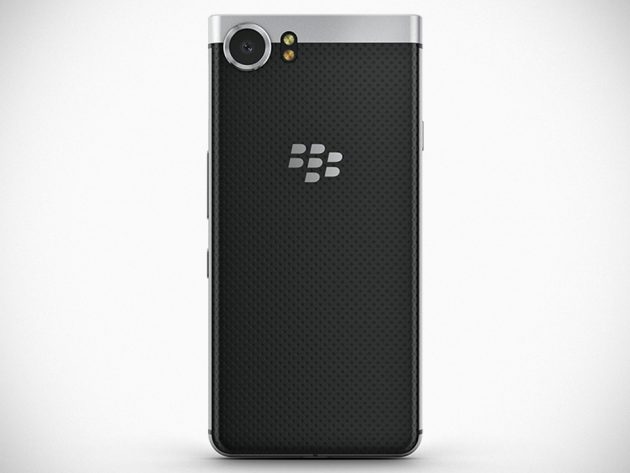 Other details include an innovative Smart Keyboard that allows up to 52 customizable shortcuts to be assigned, world’s first keyboard-embedded fingerprint sensor (it’s on the spacebar), a 3,505 mAh battery offering up to 26 hours of “mixed use,” Quick Charge 3.0 support, BlackBerry DTEK for security monitoring and “protection of the OS,” 4G-LTE (GSM and CDMA), GPS, GLONASS, BeiDou 2, dual-band WiFi, WiFi Direct, Bluetooth 4.2 LE and EDR, built-in FM radio, NFC, plus the garden variety of sensors, including accelerometer, gyro, magnetometer et cetera. Out-of-the-box, BlackBerry KEYone is preloaded with Android 7.1 Nougat.

The BlackBerry KEYone is available, unlocked, starting May 31, from Amazon, select Best Buy stores, as well as Best Buy online store, priced at $549.99. 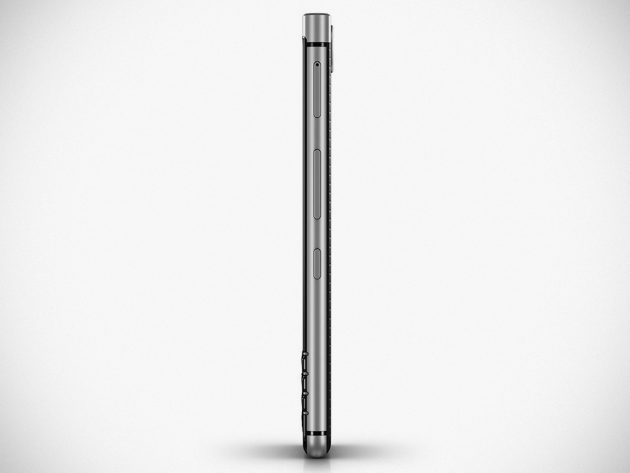 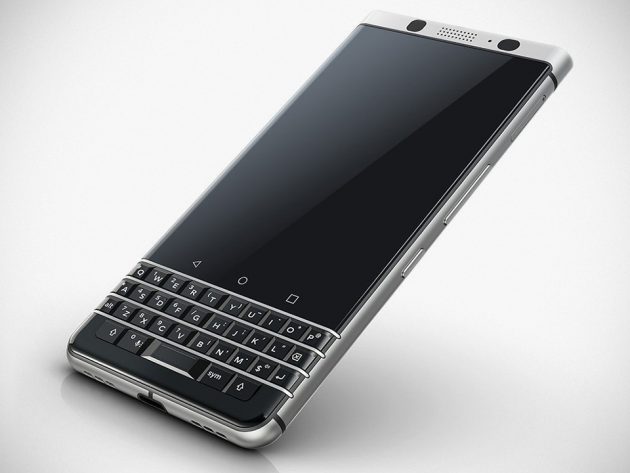