This year marks BMW’s 100th years and the Munich-based automaker is celebrating it with an audacious electric concept car, called BMW Vision Next 100 (duh!). Needless to say, the concept will not be made, but it is a time machine of sort that lets you have a peek into the future of BMW rides in the next 100 years (hence the name). The concept is a four-seater electric vehicle that offers the option of autonomous or driver-driven mode, referred to as Ease and Boost, respectively, and has an interior that morphs to suit the mode of travel. 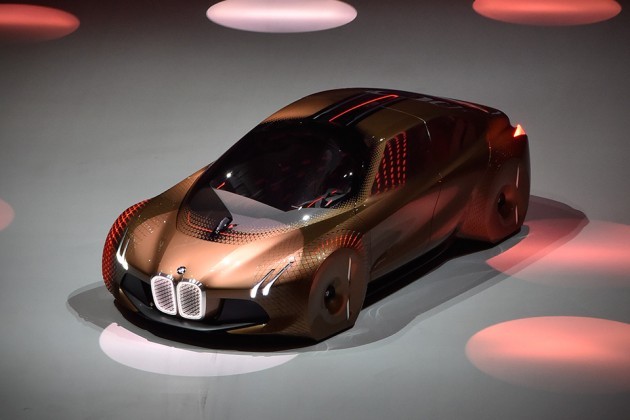 Ease, aka autonomous mode, sees the unnecessary things, including the steering wheel and center console, retracted and the seats adjusted to allow for ease of face-to-face interaction between the driver and the front-seat passenger. It is not quite direct face-to-face, though; the seats are just angled slightly which should relieve you and your passenger the neckache when trying to communicate with each other – that’s assuming both of you aren’t glued to your mobile devices while the car drives itself. Boost, on the other hand, provides the support to “maximize the driving experience,” like for example, displaying the ideal driving line, steering point and speed. 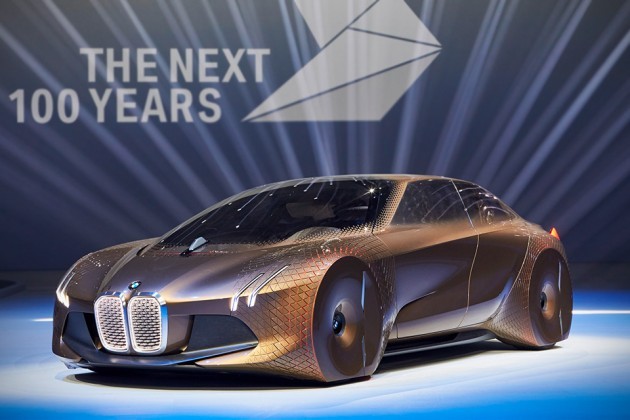 In addition to those, the BMW Vision Next 100 has enough of future-tech that qualifies it as the car of the future. Speaking of future, it also boasts an innovative element called Alive Geometry which comprises of nearly 800 moving triangles on the instrument panel and side panels. Instead of words or icons, the triangles communicate info by their movements and colors. For example, alerting you to a car in your blind spot, the triangles could flip up on the left or right.

However, Alive Geometry can’t do everything and for info which it can’t show, a full-windscreen head-up display will relay those. It is suffice to say that the BMW Vision Next 100 is the most futuristic, if not craziest, concept car ever dream up by any automaker to date and with that said, it will be a long, long while before we start seeing all those technologies being realize and implemented. For now, it is only as good as a fit-for-science-fiction-movie car. 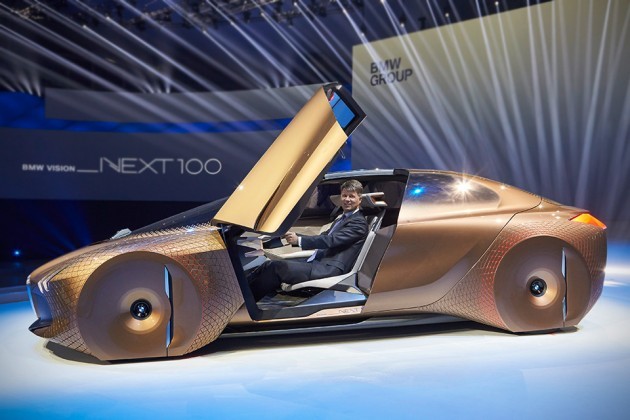 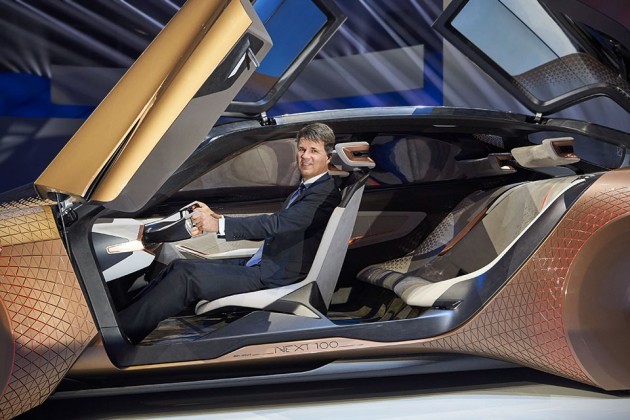