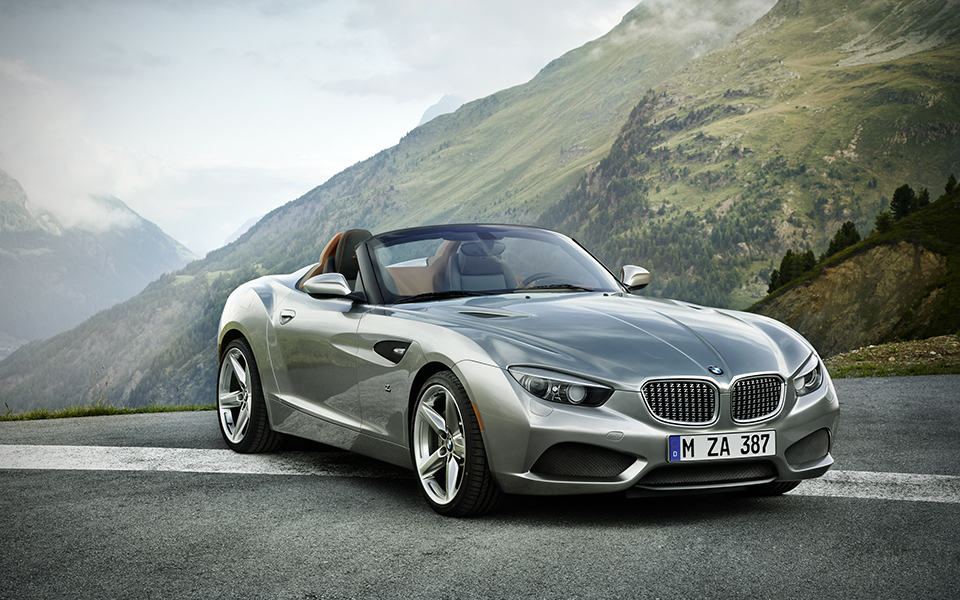 encouraged by the positive reaction when the BMW Zagato Coupe was unveiled three months ago, BMW and Zagato has come together again to unveil yet another masterpiece: the BMW Zagato Roadster. the Roadster version of the latest BMW-Zagato collaboration premiered at the recent 2012 Pebble Beach Concours d’Elegance. it is hard to imagine that what you see here is actually the result of what BMW called as “a record haste” in which this drop-top beauty was developed in a span of just six weeks – from the initial design idea, right to the completion of the final model. though it is worthy to note that this is the drop-top sibling to the Coupe and thus, it carries over much of the Coupe’s features and characteristics such as the outstretch bonnet that kicks off its sweeping lines, the iconic twin-kidney shape grille with intricate z-design grating, twin circular headlights – just to name a few. however, being a roadster, it did feature a redesigned rear end to accommodate the drop-top’s retractable ‘double bubble’ hard top roof, as well as the associated mechanism. other highlights include brown leather-wrapped roll-bars, 19-inch five-spoke light-alloy rolling stocks, a special paintwork exclusive to the Roadster model, a two-tone leather interior with contrast stitching, as well as brown “z” embroidered into the seats. like its Coupe counterpart, technical details are scarce, possibly due to the fact BMW wants us to appreciate the design beauty of this machine first over what’s going to sit under the hood. speaking of which, this is exactly what we want to do and we invite you to join us for a gallery of the BMW Zagato Roadster after the break.