portable battery that provides jolt of juice for your power hungry smartphones aren’t new, but the BOLT USB Wall Charger + Battery is. it is new not because it looks rad (it is rad, though, btw), but we dig the idea of combining a portable battery and a wall charger with fold-out prongs in a single package so that we will never forget to keep the portable battery topped. lets face it: keeping the seldom used portable battery packed with juice is the single most common thing most people fail to do and the BOLT solves that by charging up the internal battery while you are recharging your device. in this way, you will always have a peace of mind knowing that your portable battery will have the juice when your smartphone demands it. additionally, a smart charge technology is incorporated to automatically bypass the battery when it is fully juiced, so there’s no worry of overcharging the built-in battery. 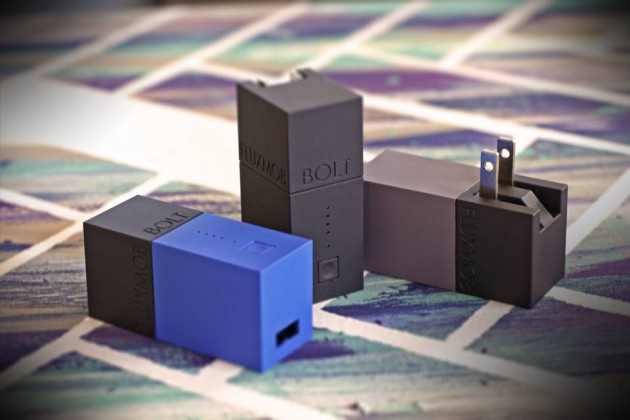 aesthetically, the BOLT takes on a block form, which is rather unconventional for portable battery, and has a clean, minimalist design that any style-conscious geeks would be proud to use. and despite its tiny package, Fluxmob, the company behind the BOLT, managed to pack it with a Samsung-sourced 3,000 mAh lithium-ion battery that’s good for up to two charges for most of today’s smartphones. the BOLT USB Wall Charger + Battery was a successfully funded Kickstarter project that ended last July, but fret not if you have missed it cos’ it is now available through Reign23 for $59.99 a pop. a little pricey, but you are essentially getting a USB wall charger and a portable charger rolled into one, which is actually quite a bargain if you ask me. 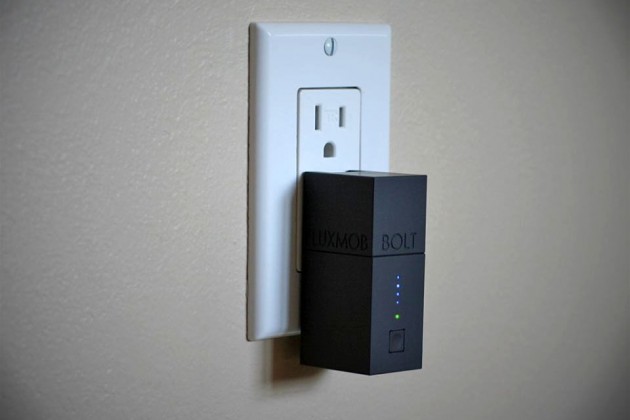