mixing drinking and weapon is definitely not a brilliant idea but that does not stop us from ogling over this awesome two-in-one bottle opener, dubbed the Cap Zappa – subtitled – Bottle Opening Cap Launcher. besides its obvious core duty of popping open your bottles of booze, the Cap Zappa lets you have the option of launching the popped cap up to five meters (about 16 feet), turning it into a flying projectile. sounds like fun to us but we just hope that the party-goers are fun folks who are not easily pissed by flying caps, else the unthinkable may just erupt and by then, having a cap launcher isn’t going help you get out of a brawl. anyway, you could make it a fun party tool by playing a game of Beer Cap (instead of Beer Pong, get it?). the Cap Zappa also comes fitted with a convenient keychain that lets you keep it handy wherever you go. available for pre-order now from Spinning Hat web store for £6.99 a pop (about US$10.90). 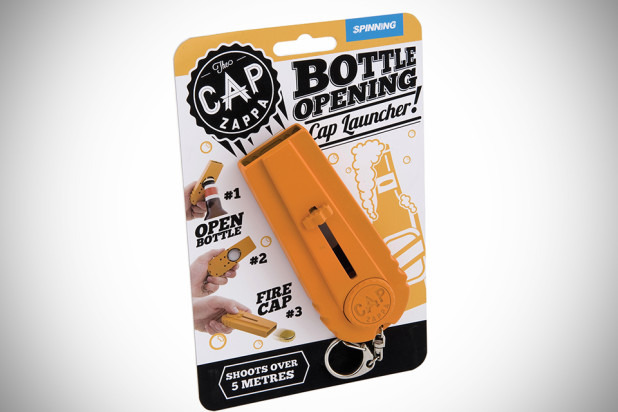