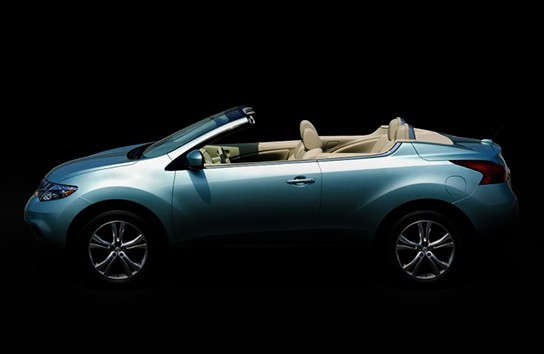 when Sports Utility Vehicle or SUV was first introduced in 1983, it started a new car segment and ever since, no new segment has been coined (saves for the Porsche Panamera)… until now. Nissan will debut it’s Murano CrossCabriolet in the Los Angeles Auto Show on the November 17th, 2010.
[ad#Google Adsense-text-468×60]

the 2011 Nissan Murano CrossCabriolet is in fact a splice of a convertible and a SUV. it will be the world’s first all-wheel drive crossover convertible that promise to “delivers the open-air exhilaration of a convertible while extending the versatility of the Murano in exciting new ways.”

the Murano CrossCabriolet is a four-seater, and the boot (trunk) will have space for golf bags (note: plural) or luggage even with the top down. it will also feature premium level interior. as seen from the picture above, the windshield seems to be rather steeply raked (a very sportcar signature) and the side profile of rear looks like those of the 370Z coupe. we also notice the release pic of the CrossCabriolet doesn’t have any roll-bar.

check out the pic below of the 2011 Nissan Murano for comparison. though the windscreen looks pretty raked but the rear end are distinctively different from the CrossCabriolet. somehow i got a feeling that the CrossCabriolet will be lower in profile than the Murano SUV. 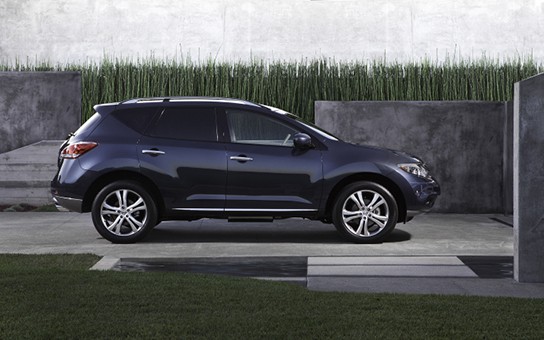