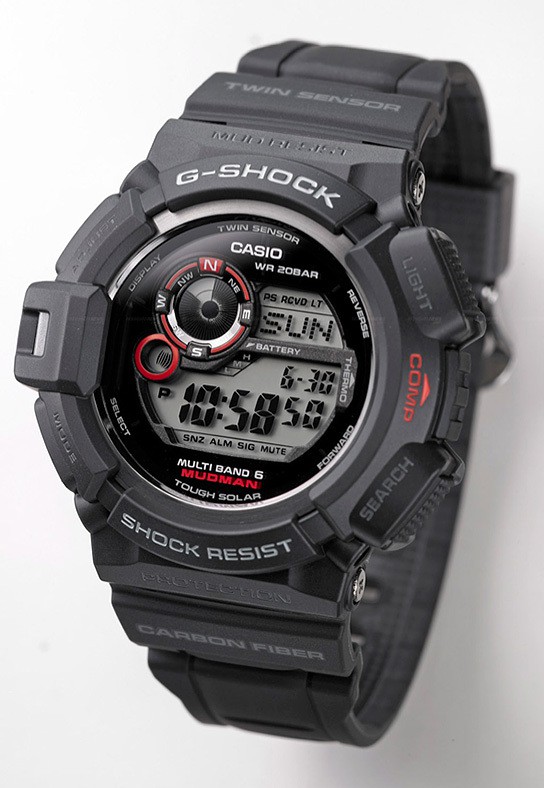 first introduced at last month’s BASELWORLD 2011, Casio has officially announced the availability of the all new Casio GW-9300 Mudman G-SHOCK wristwatch for Japan. first off, it is a G-SHOCK and thus it embodies all the original G-SHOCK qualities plus a touch of carbon fiber reinforce resin band, as well as dust and mud resistance.
[ad#Google Adsense-text-468×60]

the GW-9300 is specifically designed for harsh environments such as the deserts and jungles. the plastic parts over the buttons provide entry against dust and mud. these constructions, plus durability and reliability of the G-SHOCK enables it to cope with rally car run through place like deserts for several days. other features include moon phase, compass, temperature, solar powered et cetera.

the CASIO GW-9300 Mudman G-SHOCK is set be released in Japan this June at a retail price of ¥36,750 (about US$453). kind of pricey but i guess if you are a rally driver who demand the very best out of your time piece, then it should be a reasonable price. just think of the prize money you would get if you win the race.