We all know how tough CASIO G-Shock watches are, but to the folks over at CASIO, it ain’t good enough to be known as tough if it does not have a formal recognition, such as one from the world’s foremost authority on cataloguing and verification of world records, Guinness World Records. For decades, G-Shock watches are synonymous with toughness and therefore, they are the go-to super rugged timepiece, but it is only in recent months that it has put one of its watch to test, by taking on the challenge for the title of Heaviest vehicle to drive over a watch. 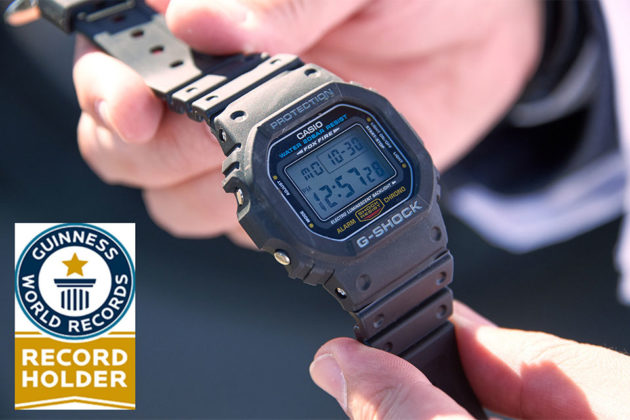 In this monumental event, which was held on October 30, CASIO put its iconic square case model, the G-Shock DW5600E-1, under the weight of a 24.97 ton truck. To break the Guinness World Records title, the DW5600E-1 had to be functional after being rolled over by a truck that’s no less than 20 metric ton. It did and it survived, making it the first Guinness World Records title to be awarded to CASIO G-Shock. You can watch the entire proceeding in the video embedded below.