Ruggedized smartphones hardly look good and good looking smartphones can hardly stand up to abuse, but the Cat S60 smartphone you see here smashes that convention. In the tradition of Caterpillar phones, it is ruggedized and boy, does it look pretty at the same time. I would say it is ruggedization done right. However, that’s just part of the story. The most unique thing about this device is, it is the world’s first smartphone with an integrated thermal camera. Yup. That’s right. It has a FLIR thermal camera embedded in it, allowing you to use this telecommunication device to detect heat signature and even lets you see in pitch black darkness – all while empowering you with the features and functionality of a modern day smartphone. 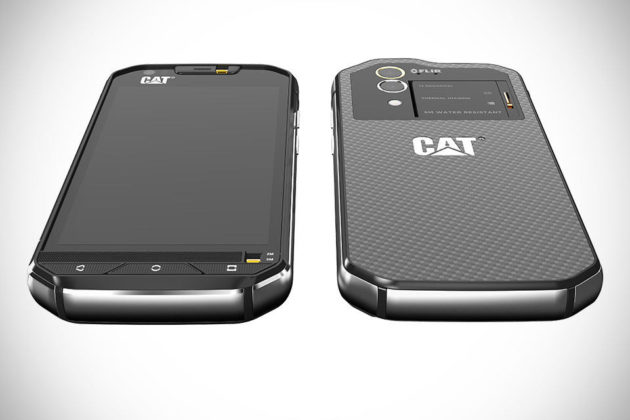 And it does so without sacrificing form, starting with a profile of just 12.6mm (remember that it is a ruggedized device). On the ruggedized spectrum of things, a strengthened die cast frame forms the rugged framework and it is drop proof to 1.8 meter on concrete, based MIL-STD-810G. And it is waterproof too, to a depth of 5 meters for up to an hour (also the world’s first, if may add), during which you can make use of the opportunity to snap underwater stills or videos with its underwater 13MP dual flash equipped main camera. Fronting the device is a super bright, wet fingers- and glove-friendly 4.7-inch multitouch display that offers readability under bright sunlight and it is, of course, protected like many smartphones do, by Corning Gorilla Glass 4.

NOW READ  Huawei Mate Xs 2 Is A Folding Phone: No Leica, And It's Still 4G 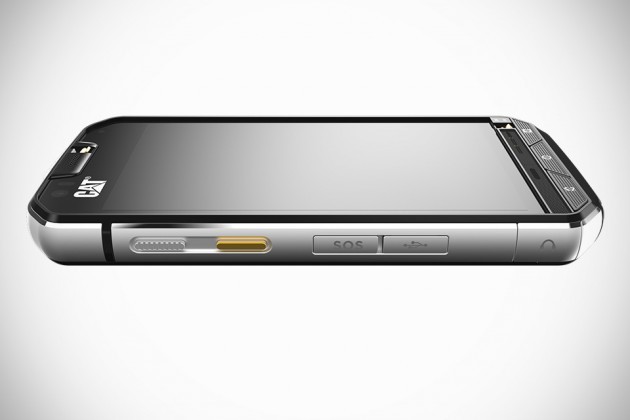 The device is powered by Qualcomm Snapdragon MSM8952-3 octacore chip (4×1.5GHz + 4×1.2GHz), backed by 3GB of RAM and 32GB onboard storage. As you might have expected, everything is sealed, including the micro USB port, microphone and receiver. Other details include LTE radios, built-in loudspeaker with Smart Amp, dual SIM support (for EU market), a 3,000 mAh battery with quick charge support, GPS, A-GPS, GLONASS, Bluetooth 4.1, 802.11 b/g/n, NFC, built-in FM radio, and water detect function, plus the usual bunch of sensors.

The Cat phones’ flagship device will make its debut at the Mobile World Congress and is slated to roll into the market later this year, priced at $599, or 649 euro, a pop. 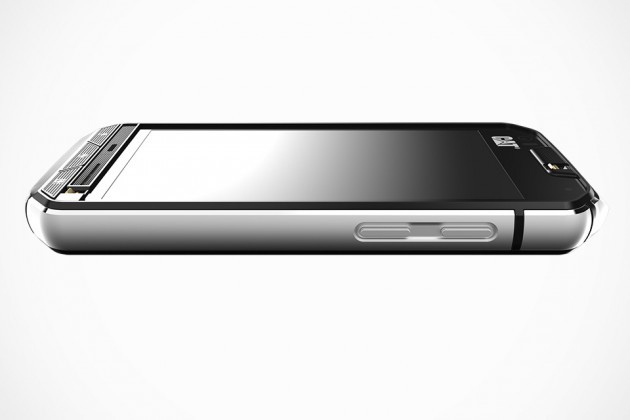 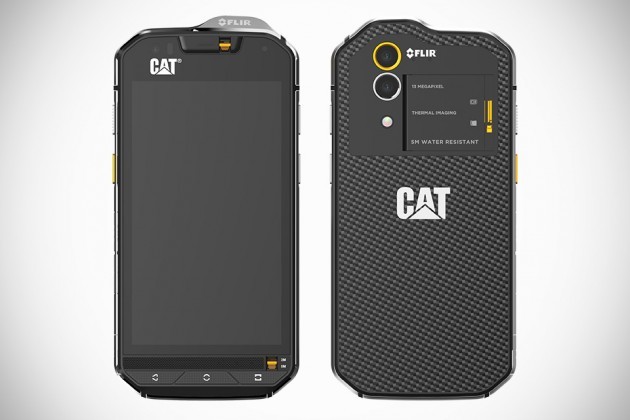