How do you juggle between the many household chores with exercise? Perhaps, cleaning up the house and doing laundry are already considered exercising, but what if, you can literally do both at the same time, like cycling on a stationary bike and doing laundry simultaneously? Impossible? Not according to a team of designers at Dalian Nationalities University. They dreamed up an fitness equipment that basically mashes a front-loading washing machine with an exercise bike, and they are calling it the Bike Washing Machine. 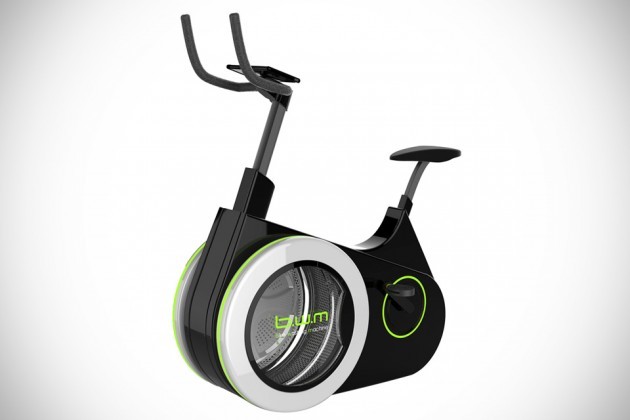 The concept is really straightforward: a laundry drum takes the place of the exercise bike’s front wheel and your pedal power will drive the drum, thus set the ‘washing machine’ in motion. The act of pedaling also activates a built-in generator that will generate electricity which is use to power the machine. Actually this part had us confused. Are they talking about washing assist of sort here? Or are they talking about powering the bike? Anyways, the electricity generated can also be used to light up the display screen (of the bike, I presume), or stored for future use. 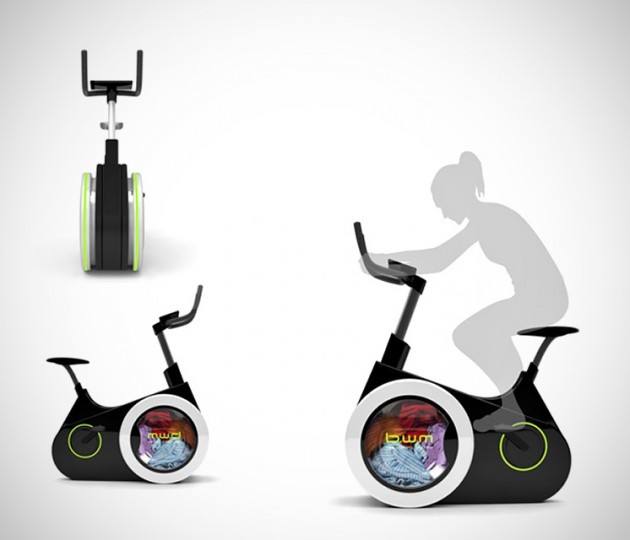 At this point, we are not sure if the designers did think through every aspect concerning washing machine cos’ doing laundry does not mean just tumble the clothes around; it needs water and detergent too, and then there’s the draining of water to address too – all of which does not appear to have answers. The concept do not appear to have any piping, which could mean manual topping of water, though the draining water is still a mystery.

NOW READ  Storage Tank Or Tankless Water Heater: How To Choose The Right One

However, we do want to stress that manual-powered washing machine is not a farfetched concept; we have seen a concept came to live and went on sale before, and it may surprised you that Bike Washing Machine is not the first. As it turns out, way back in 2010, a teenager in Indian already ‘invented’ one and her’s was way beyond just concept; she actually made a functioning example, albeit a whole lot less elegant than this. A dude also created something similar in 2007.

So, I guess Bike Washing Machine could work after all and you could be saving on utilities too. On second thought, we are probably better off hooking the exercise bike to a dynamo to produce ‘green’ electricity instead.