Drones that mimic real bird flight aren’t new. Festo has done it, so did Netherlands’ Clear Flight Solutions and several others, but China is the first to put such biomimicry into operation. China is fast solidifying itself as the pioneer in surveillance. Previously, we have reported on the smart glasses used by police to identify fugitives at crowded train stations, and now, it is this rather realistic dove that is doing the surveillance from up above.

According to a report, the dove, which is aptly called “Dove,” is able to mimic about 90 percent of the real bird’s movement and it has seen trials in at least five provinces by around 30 government and military agencies. Not only Dove flew like its organic counterpart, it is also extremely quiet, which makes it perfect for undetectable surveillance. Talk about hiding in plain sight! Apparently, this thing is so real that researchers have found some birds have no qualm about flying alongside them. 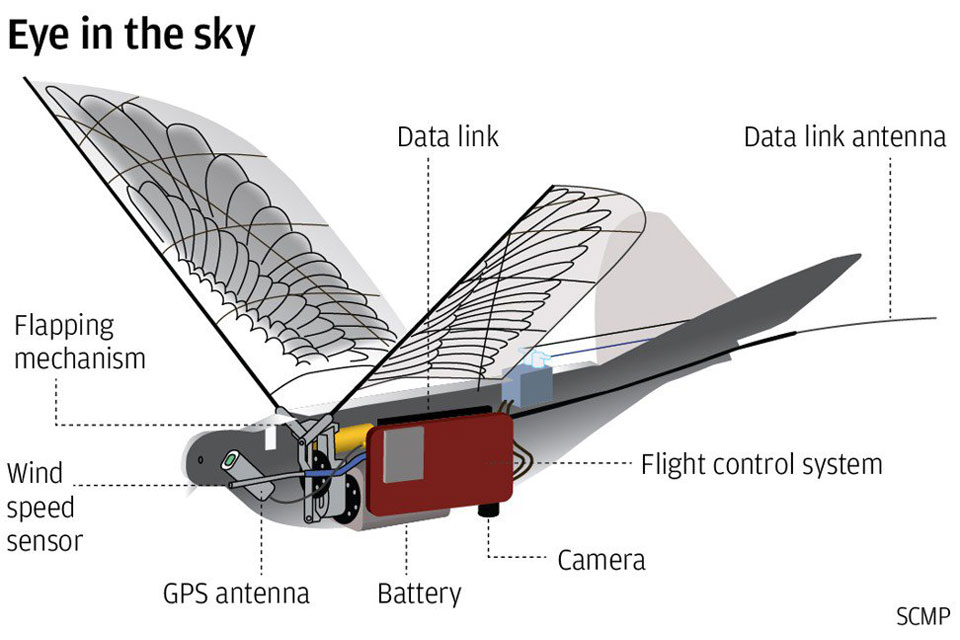 Up close, the Dove may not be as convincing, but all that changes when it is up there where distant made it difficult to discern it from the real-deal. Plus, since the movement are so life-like, nobody in the world will ever suspect that Big Brother is watching them. In addition to the flight control system, the 200g (7 ounces) surveillance bird also carried with it a high-definition camera, GPS module with antenna, and it is equipped with data link with satellite to facilitate communication.

Details of the motor used is not known, but we do know that it can fly at speeds of up to 40 km/h (about 24 mph) for 30 minutes. Dove is a huge bird, though, sporting a wingspan of 50 centimeters (20 inches), which is kind of a tad too big for a dove, doesn’t it? Then again, when it is soaring high above, nobody would be able to tell.