if you think the silverscreen portrayal of Tony Stark‘s Point Dume residence in Malibu was impressive (that architecture does not exist, btw), then you have seen nothing yet, well, at least not until Australian prefab architects Modscape dreamed up of this breathtaking and somewhat death-defying vacation home that hangs of the edge of the cliff like a barnacle clinging onto the hull of a ship. of course, in this case, it ain’t under the water – it will be, if it were to be built, hanging off the cliff face above the ocean in the Australian State of Victoria. designed for a (presumably, super rich) couple looking options for a holiday home (this is where we get the idea that they are super rich), the Cliff House is much like an extension of the landscape which in this case, the landscape would be the cliff, sharing a direct relationship with the sea below it. 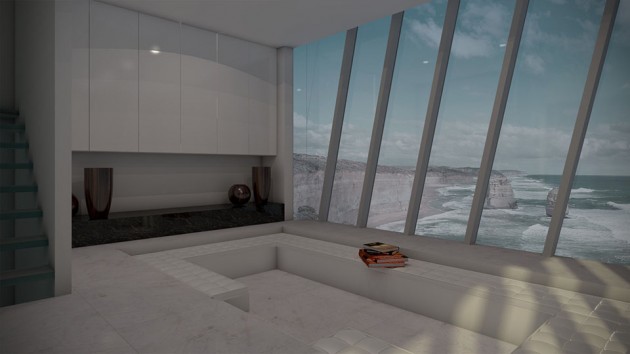 the architecture is almost like a reverse building, where it starts with the garage on the ground level, moving down to be greeted by the different rooms and amenities. i guess you could refer to the rest of the levels as basement since they are effectively “below the surface of the cliff’s edge.” the different levels are interconnect with flights of stairs and elevators and includes areas like living and dinning rooms, bedrooms, and an open-air deck which, as you can see, is not quite really open-air but complete with a spa and barbecue. all together, this concept home boasts five story and has an interior that is intentionally sparsely furnished, so as not to detract the dwellers from the expansive ocean views and the unique spatial experience of the location. then again, with such an expansive glass facade, we are obliged to think that anyone would any distracted at all. now that you know that such concept does exist, the next steps would be to secure yourself a cliff that’s actually available for your acquisition and most importantly, you have the dough to drop. 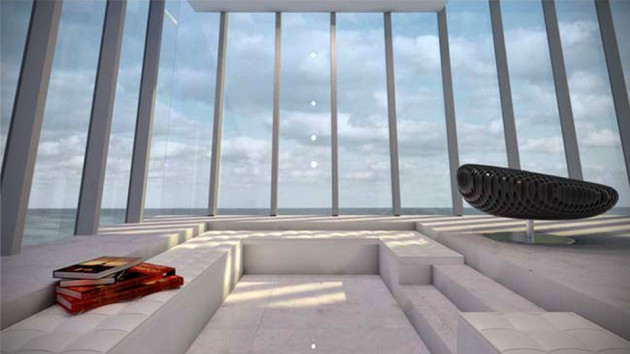 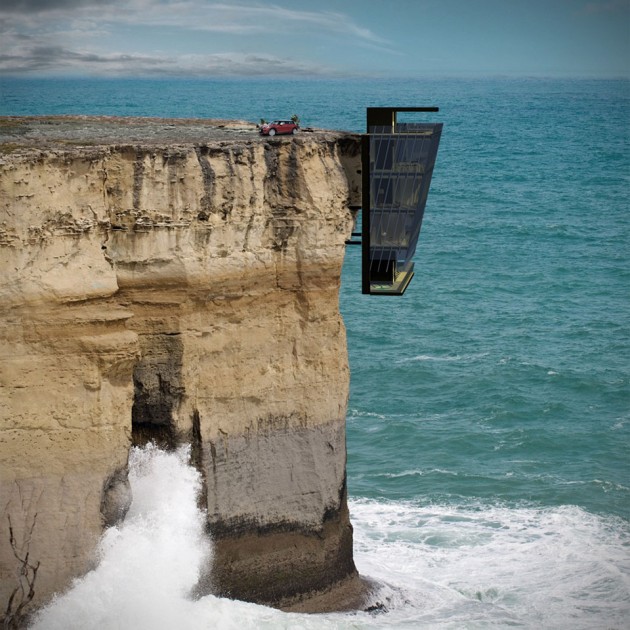 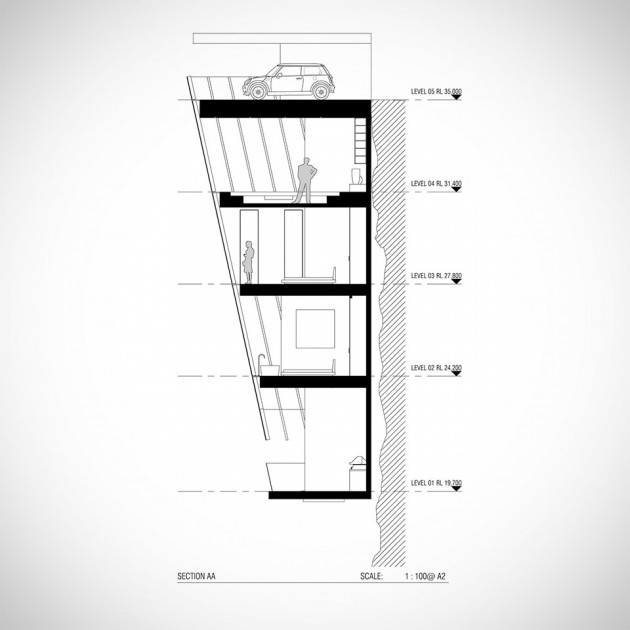