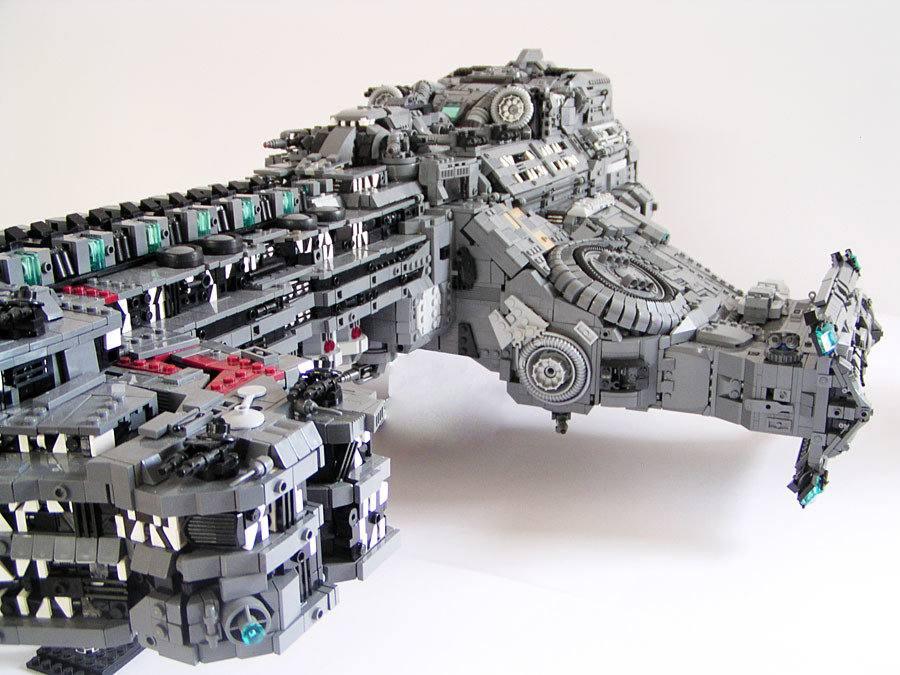 though i have a special affinity for LEGO, i admit that i don’t have the natural ‘LEGO hands’ to custom anything at all and that leaves me with the option of just admiring the great works done by true LEGO masters – like Sven Junga who lovingly created this huge 15,000-piece Hyperion battlecruiser from the game, StarCraft II. though it may not be as enormous as the LEGO Ventator-class Star Destroyer but it is not lacking in the details department. it took Junga six months to complete this beauty and he’s not about to stop there as it looks like his Terran army is growing. treat yourself to some awesome images of this beautiful creation after the break. trust me, LEGO fans (StarCraft fans or not) won’t want to miss it.