the turtle fever is burning in some of us, but however we love TMNT, we loathe the official toys that Playmates Toys have turned out. they are, after all, kids stuff, which makes them ‘more forgiving’ when it comes to aesthetics and we don’t think there will be any Hot Toys‘ standard ones coming along anytime soon. speaking of which, if you are in the market for some serious ‘movie-accurate’ heroes in half shell, there is an outfit that customizes them into totally rad, movie-accurate examples. these beautiful custom TMNT action figures are completely customized and painted from head to toe by John Harmon of Mint Condition Customs to look the part of the movie’s (read: badass), instead of the lame, safe-for-child examples you find on Toys’r Us’ shelves. 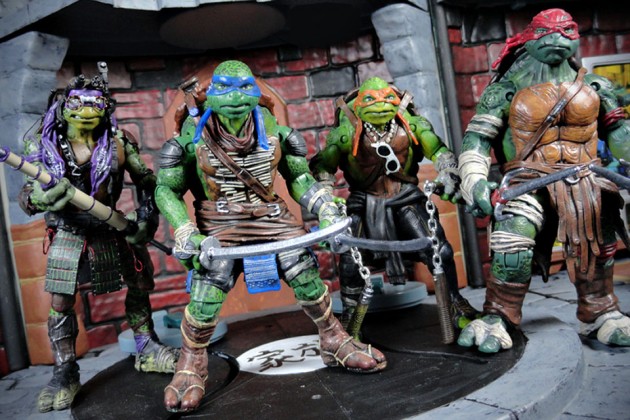 the turtles retain their the same level of articulation, so you can still pose them to whatever you desire. sewers and rat sensei not included. besides giving the action figures and their gears, the befitting grunge paint job in accordance to the movie CG characters, John also added some delightful details to make them even more movie-realistic, including Japanese character on the shell of each character, plus tiny details unique to each character including tattoo on the bicep, sunglasses, NYC button, scar and more. the result, as you can see for yourself, really speaks for themselves. sure, perhaps, biggie like Hot Toys, Gentle Giant or whoever can produced larger and even more detailed models, but these custom movie-accurate Teenage Mutant Ninja Turtles action figures are probably your best bet if you are into action figure collectibles with tons of details in them.

NOW READ  S.H.Figuarts The Falcon and The Winter Soldier Figures: Falcon’s Look Is Spot On, But I Can’t Say The Same For Bucky

the Custom Movie-accurate Teenage Mutant Ninja Turtles Action Figure Set was put up for auction on ebay and ended on August 11 at a little under 810 bucks with 74 bids. not to worry if you missed out on that, you can commission John to custom them for you over at his website. 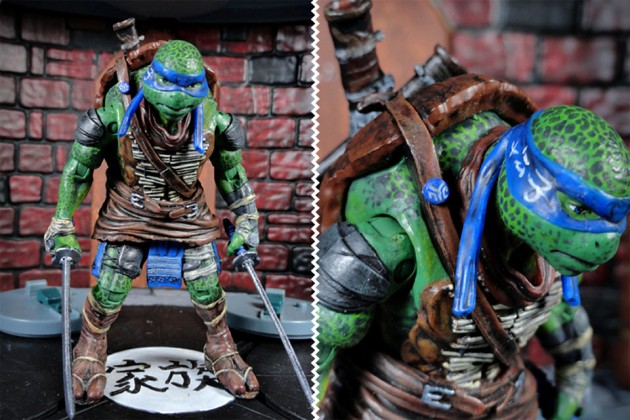 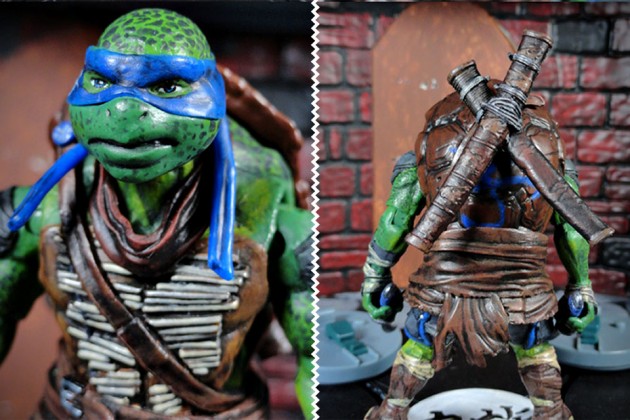 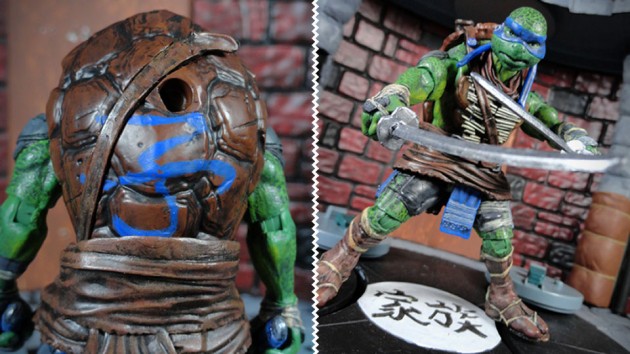 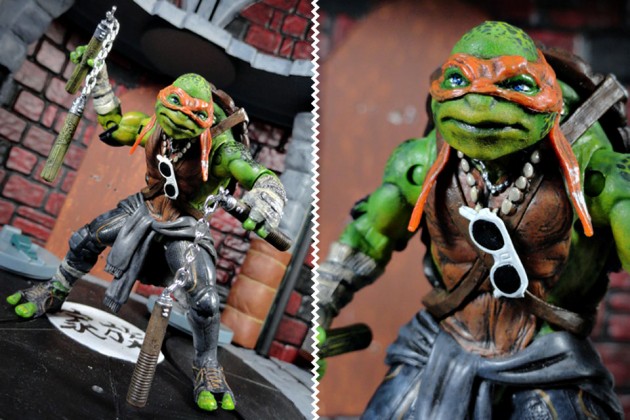 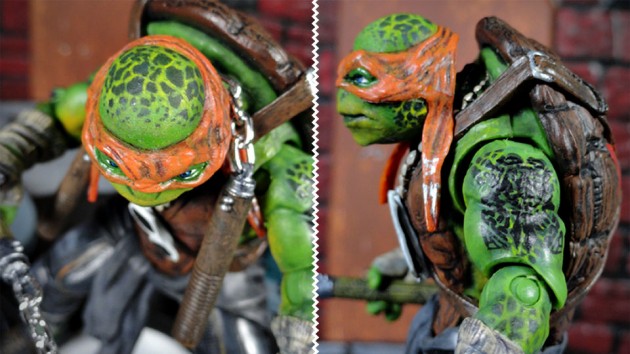 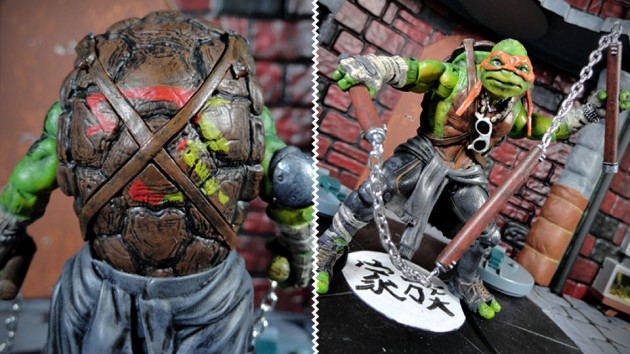 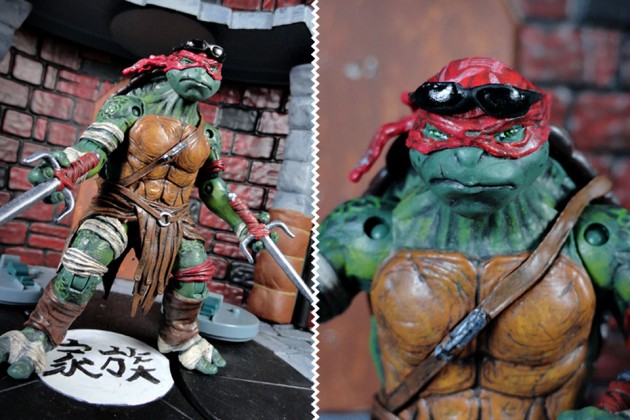 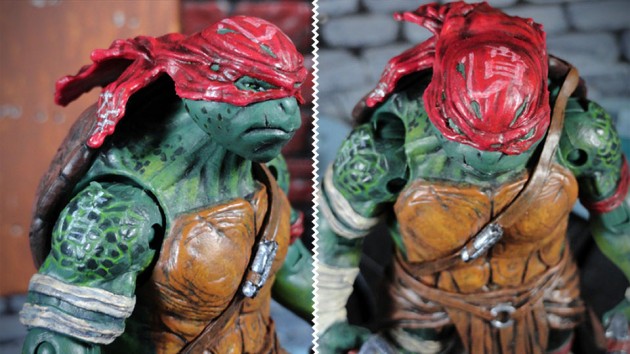 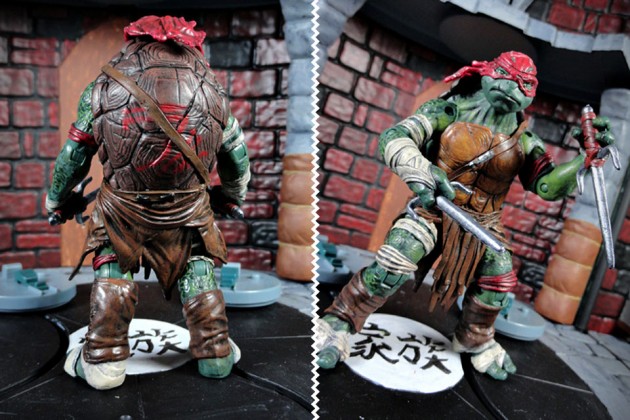 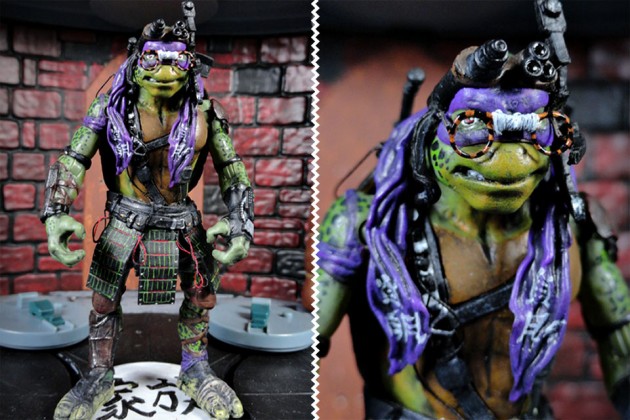 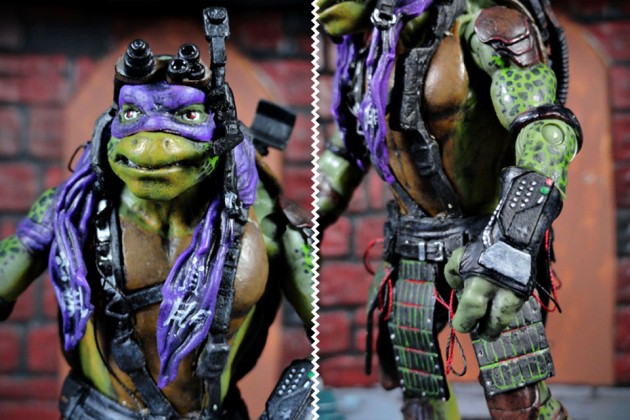 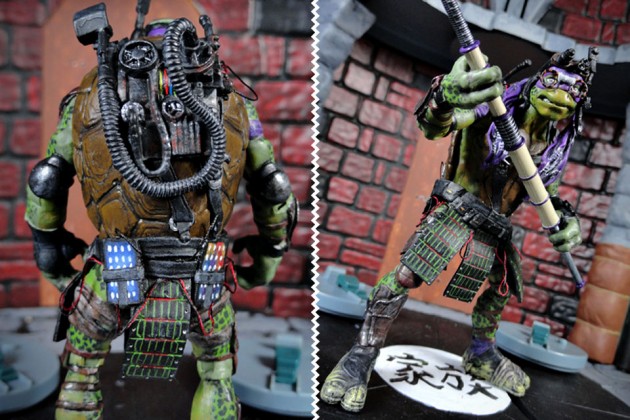