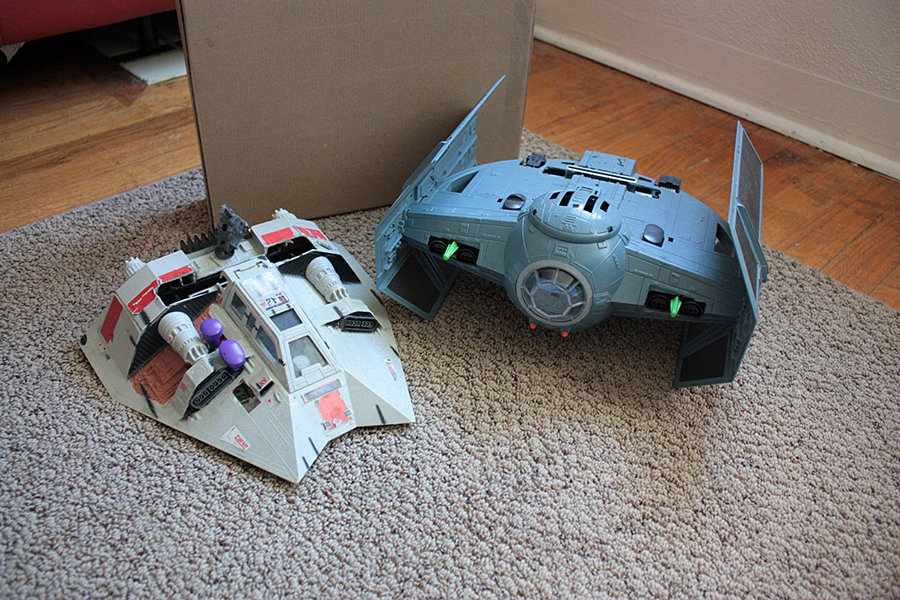 if you happens to be a huge Star Wars and past-era Nintendo console fans combined (which is a rarity, i think), then you would probably be delighted by these custom Nintendo machines from Etsy seller CorellianCustoms. at this moment, he has two custom consoles: one being the a Super Nintendo in the guise of a T-47 Snow Speeder and the other, a Nintendo 64 living its life as a TIE Fighter Mk II for sale over at his Etsy store for $209.99 and $184.99, respectively. not exactly cheap for consoles of the bygone era but i guess, you can’t really put a price to the marriage between Star Wars and Nintendo consoles, can you?
[ad#Google Adsense-text-468×60]

personally, i am not a fan of past-era Nintendo consoles (though, i did had some good times with them but i have to move on) but these custom are too awesomely cool to be ignored. or maybe just these Star Wars vehicles are awesome. obviously, these custom consoles are totally functional consoles and comes package with game controller, AV cable, power brick and the Tie Fighter version even comes with its original Hasbro box.