can’t get enough of camo gears? awesome. then here something coming your way from VANS Syndicate’s unofficial company DEFCON that would probably put a smile on your face. as the name implies, DEFCON is all about military-inspired design and therefore, as you might have expected, camouflage look would be in the order for these kicks. the DEFCON x VANS Syndicate Camouflage Sneakers, as it is called (well, not quite officially…), comprise of two models inspired by Naval Special Warfare AOR1 and AOR2 camo patterns. the VANS Syndicate models are a non-classified / non ITAR (i.e. international traffic in arms regulations), visually similar versions of the said AOR1 and AOR2 camo patterns that were originally issued to the Naval Special Warfare and subsequently, fielded by all SEAL Teams.

the first pair, the SK8 Hi Notchback “S”, features camel colored fireproof Warrior Suede toe and heel, gusseted tongue, a ripstop quarter panel in printed digital desert camo, topped off with an intricate detail to the tongue, inside collar, and side stripe. the second pair is an Old Skool “S” that shares similar design trade as the Notchback “S” but with black Warrior Suede toe and heel, digital woodland camo printed on the ballistic mesh, quarter panel, as well as the tongue. finally, as a final touch, both shoes come standard with moisture wicking Dri-Lex lining by Faytex Corp for keeping your feet nice and dry. official launch date and pricing are yet-to-be-announced. steal a couple of closer look after the break. 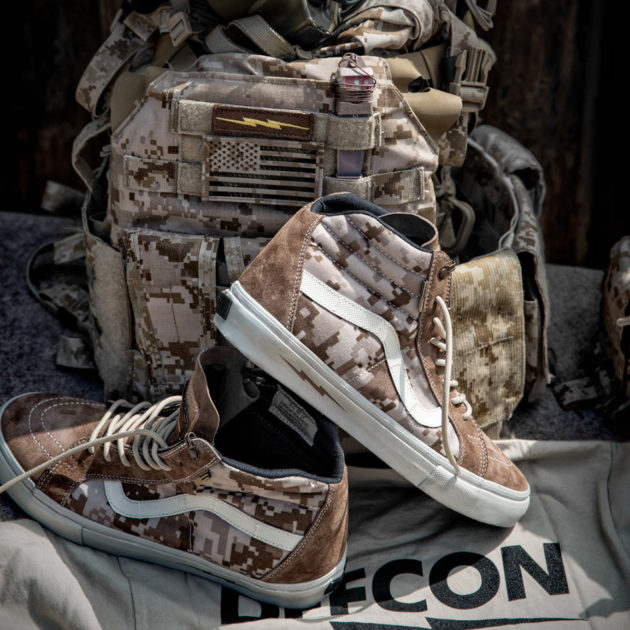 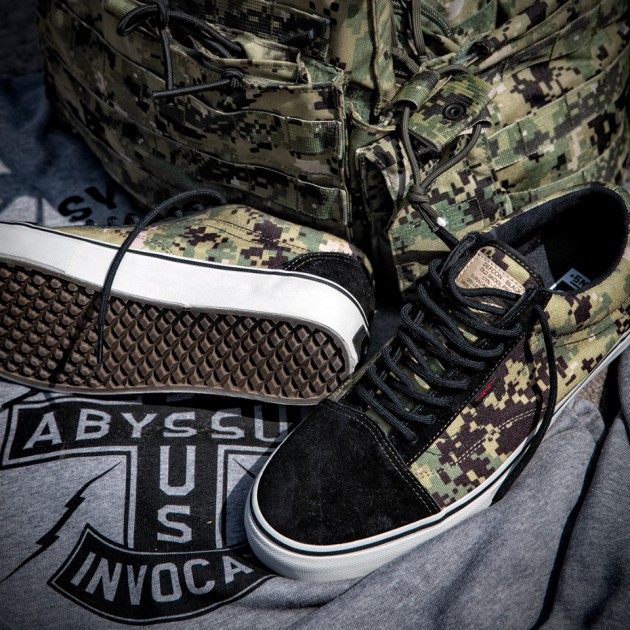