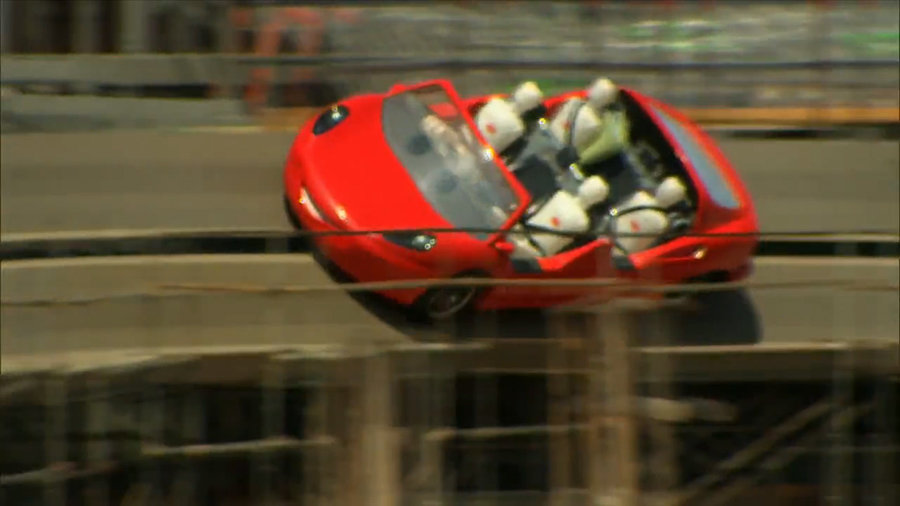 come summer 2012, theme park enthusiasts will have something to cheer about, especially if are a fan of Pixar animated film, Cars. dubbed the Cars Land, this 12-acre addition to the Disney California Adventure lets visitor relive the fictional town of Radiator Springs from the original animated film “Cars” and its 2011 sequel. three rides are offered for this new parcel, which includes Radiator Springs Racers, Luigi’s Flying Tires, and Mater’s Junkyard Jamboree, alongside these thrill rides are eateries and shops based on theme of a town along Route 66. personally, i am not so enticed by the latter but i am pretty doped by the prospect of the Radiator Springs Racers, which itself took up almost half of the new land. this particular ride takes visitors through an initial slow ride in a six-passenger car, cruising through the world of Cars and end with climatic side-by-side race to the finish line. it sound like a formula that Disney has applied to most of its newer rides like the Journey to the Center of the Earth. though I would probably prefer a head-on roller coaster but then again, i could always hit the Space Mountain for such thrill. in any case, we can’t wait to see how it’s going to turn out. in the meantime, take your time to enjoy a few videos of this upcoming attraction after the break.