At the first glance, this dissected Ralph Wiggum looks like an illustration that you may see coming from illustrator Jason Freeny, but it is not. It is an incredibly realistic 3D cake. What??? As unbelievable as it is, this is really a cake featuring Ralph Wiggum, son of Police Chief Wiggum from the longest-running American sitcom, The Simpsons and is the work of British Columbia-based designer Kylie Mangles of Freshly Squeez’d. It was an entry for Threadcakes, an online competition where folks make cakes based on Threadless T-shirt designs.

What amazes me is, how it look so much like the illustration. Man, this is a serious cake art here and it sure looks delicious, even though that you maybe devouring a cake that almost* resembles an actual human complete with half of the anatomy out in the open (*keeping in mind Ralph is animated character, though). Well, I guess you could say it is morbidly delicious? Just saying… Keep going for a few more look, including one that Ralph finally got cut (and eaten). 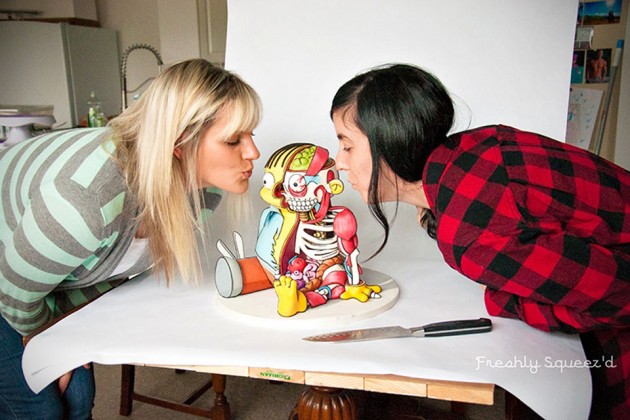 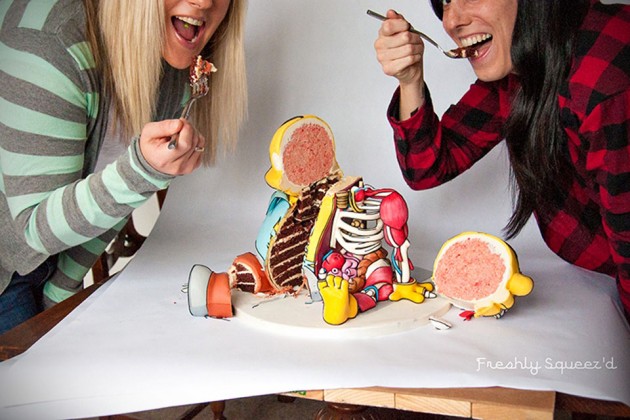