If you recall, we made a post about Apple’s Chinese New Year (CNY in short) event. In it, Apple offered a handful of CNY-themed products, along with some products in CNY-appropriate colorways, namely, red and gold. Though it is worthy to note that Chinese New Year, or Spring Festival as it is commonly known in modern times, is not about gifting, but still, it provides businesses an opportunity to dish out something special and in the case of China-based drone maker, DJI, it has prepared a special limited edition version of the Phantom 4, aptly named Phantom 4 Chinese New Year Edition, which was also featured on Apple’s Gifts inspired by this festive season. 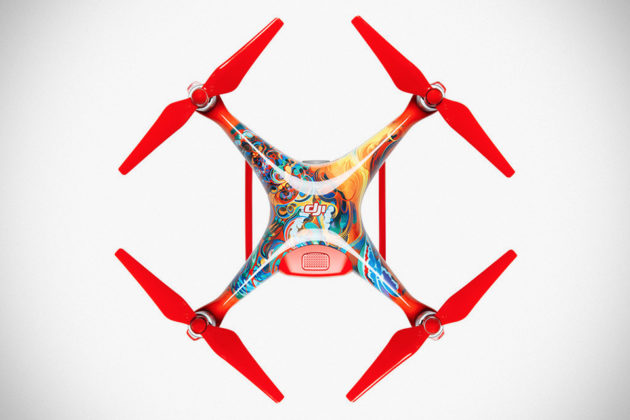 Unfortunately, it was only limited to a few select Asia countries, but for those outside of those countries, the good news is, you are not entirely out-of-luck as the DJI Phantom 4 Chinese New Year Edition is also available at DJI flagship stores, DJI online store and Tmall DJI store. U.S. residents looking to acquire this Martin Sati-touched drone can pick it up for $1,199, the same price as a regular Phantom 4. Drone enthusiasts, Chinese or not, will appreciate that there’s actually a Phantom that isn’t white. Not only it is not in white, it comes dressed in striking red with the entire top decorated in a beautiful phoenix illustration created by renowned Spanish designer Marin Sati. 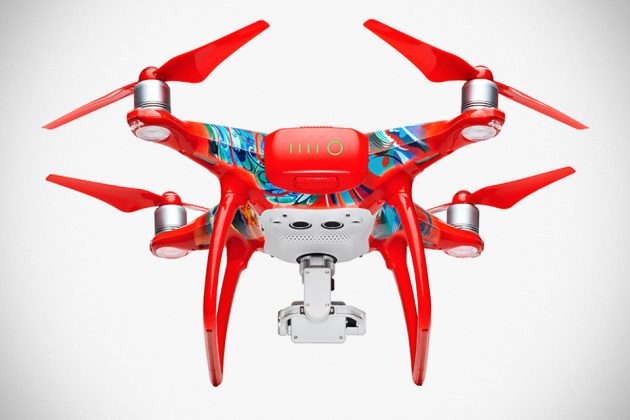 Drawing inspiration from nature’s four basic elements: air, fire, water and earth, Sati has created a wallpaper-worthy artwork of the mythical bird. To be honest, I am not all that into oriental art, but I must say this one kind of tickles my fancy. Perhaps it was the colors that had me at hello. The DJI Phantom 4 Chinese New Year Edition comes complete with rotors and a controller, also in matching red to complete the look.

Beyond the strangely alluring aesthetic, the DJI Phantom 4 Chinese New Year Edition is very much a regular Phantom 4 and hence, it shares all the features found on the stock model. According to DJI, this special edition is only available for sale during Chinese New Year, though to this end it is not clear how long this period stretches and so, if you want one, we suggest you act on it fast. 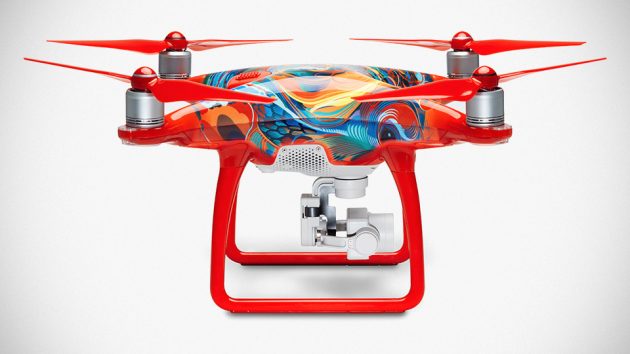 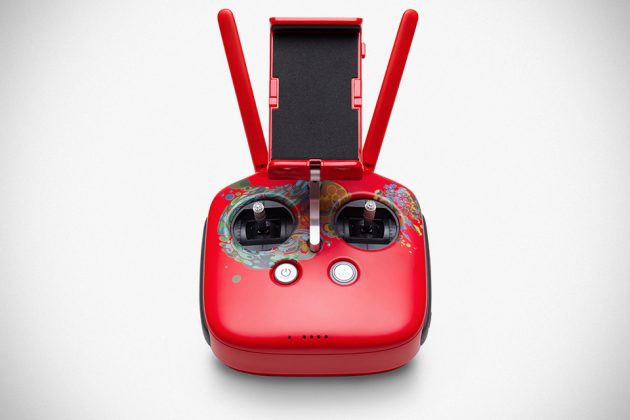