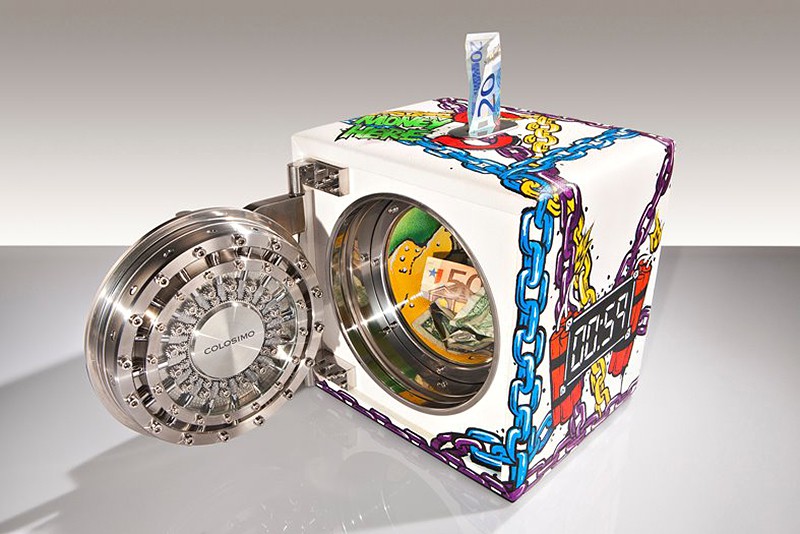 a safe is probably the last thing that you want to stand out in your house but not for this particular, one-off PopArt Colosimo Safe from Doettling which just wanted to be seen and admired. inspired by Scrooge McDuck’s money bin, both the exterior and the interior of the Colosimo is adorned by cartoon-style artwork hand-painted by London-based artists YearZero. from the front, it looks like just another safe that reminiscent of a classic bank vault but for this special edition, it presents itself in a cash box-style design where you can send your bills into the cash box for safekeeping via a slot located on top of the safe. pretty neat, huh? as said, usually a safe is something we would prefer to keep away from the public eyes but with such a beautiful safe, it is hard not to show off to your guests. don’t you think so? unfortunately, the PopArt Colosimo is not available for sale, well, at least for now. so all we can do now is to please our eyes with a few more images of this awesome creation after the break.