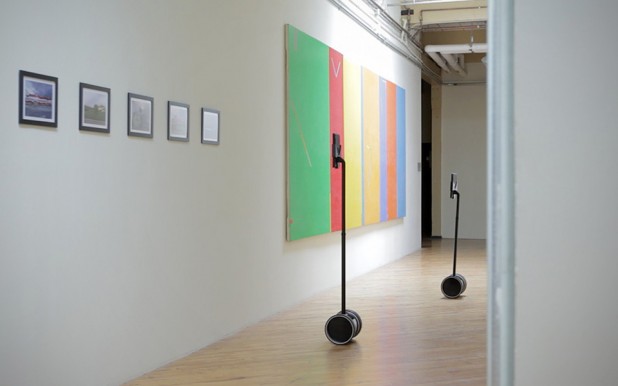 finally, mankind’s dream of being at two place simultaneously can be realized quite affordably and stylishly. for a little under $2,000, you can now pre-order Double Telepresence Robot developed by Double Robotics. though, due to overwhelming response, expect your personal telepresence robot to reach you sometime in early 2013. the Double uses an iPad to control the robot and to establish a two-way communication between the user and the environment which the Double is in. though at this point, it is worthy to note that you will need two iPads for it to work as intended by its maker. much like the one developed by Taptic Toys, the Double depends on two wheels for mobility and is kept upright by accelerometer and gyroscope. a motorized height adjustable body holds up the iPad, which you can adjust to keep a constant eye level with whoever is on the other end. maneuvering the Double is simply by touch control on the iPad on the user’s end and when the Double isn’t moving, a dual kickstands automatically deploy to keep it upright, thus conserving its power. check out a video of the DOUBLE Telepresence Robot in action after the break.