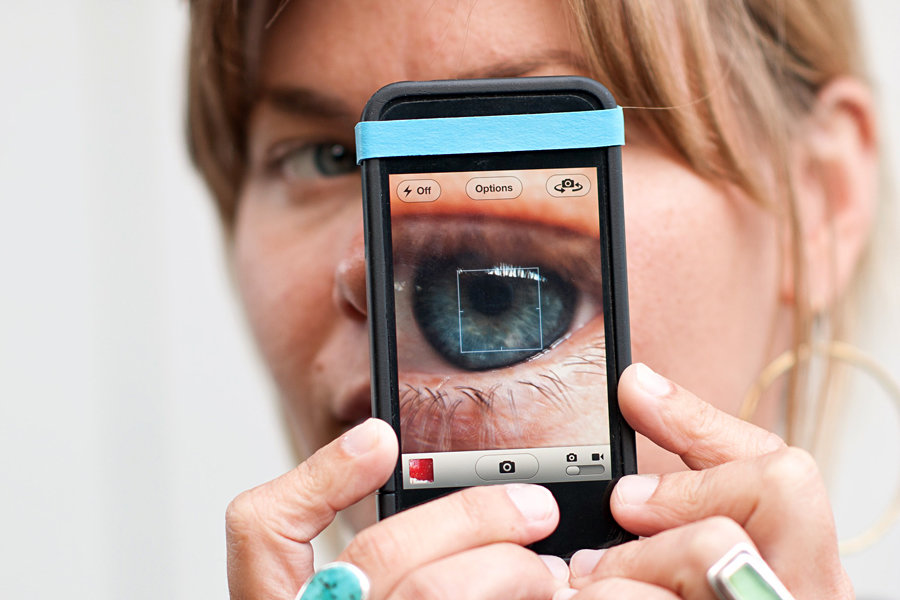 we have seen how folks use rubber bands to create the world’s (ridiculously) largest rubber band balls and we have used them so often that we might have just took them for granted but who would have thought one day it would be part of our mobile phone accessory? the truth is, this seemingly unimportant stretchy band has now evolved into an Easy Macro Cell Lens Band that will turn any mobile phone into a macro shooter in an instant. the elastic band features a built-in macro lens for those all-important close-up shots. simply slip the band over your mobile or smartphone, align the macro lens to your device’s camera and you are all set. when you are done using it, simply slip it on your wrist or use it to hold your bulging wallet closed. a simple concept that would put a smile on any iPhonegraphy fanatics, in particular, those who love to observe things up close and personal. at $15 a pop, the Easy Macro Cell Lens Band might seem a little on the expensive side but it should not deter macro fanatics from giving it a go. no?

Photojojo via The Fancy