It is odd that the icon of compact hatch of our time does not already have fully electric cars plying the roads. I guess MINI is taking its time to make sure it does it right cos’ obviously, a car this tiny will have questionable range due the straight up space constraint. While BMW Group let lose its exclusive version of the Mini Cooper S E Countryman ALL4, a plug-in hybrid, on a long-haul journey that will take it from North America to Tierra del Fuego, the British marque has brought to the show floor of the New York International Auto Show a full-electric drive example. 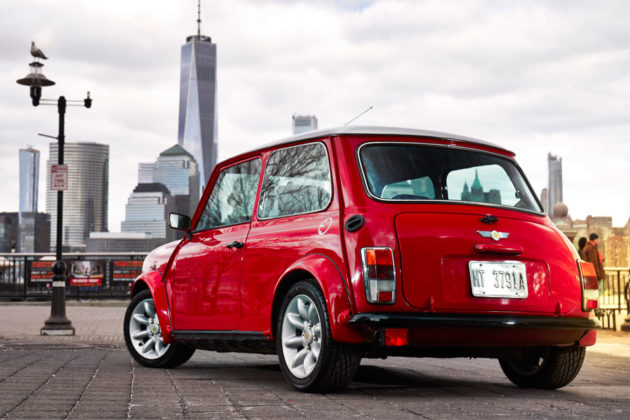 But surprise, surprise. This full electric example is not what you have come to expect. It is not a radical new concept, neither is it a modern model. In fact, it is a blast from the past. It is an electrified Classic Mini. You heard that right. Mini has restored a classic Mini Cooper and bestowed it an electric drivetrain. Seriously, how cool is that? Well, I don’t know about you, but for a person growing up seeing this British small car zooming past me on the roads, this is just about the coolest thing ever. Now, I am sure some folks somewhere have electrified a Classic Mini before.But clearly, this one is different. 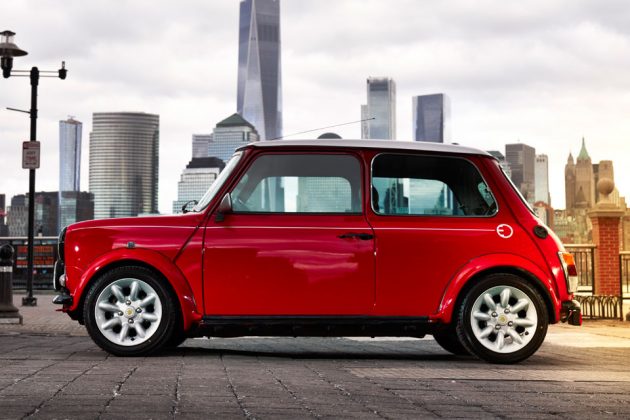 This one here is the official take and hence, an official peek into what the iconic British automaker has installed for the all-new Mini 3 Door which is set to arrive in 2019. But after seeing this example, do we still care about the 2019 Mini 3 Door Electric? Maybe not. Just look at this ride here. Look at its familiar red paint job, the contrasting white roof, the characteristic bonnet strip and the Monte Carlo rally-style treatments like the flared wheel arches (though a little over than its 60s examples), the quad spot lights and whatnot. They just transport you right but to the glorious days of this little pocket rocket, isn’t it? Man, I can almost imagine I Want To Hold Your Hand blasting from the cassette tape deck from the then “in-car entertainment” as it torn down the highway. 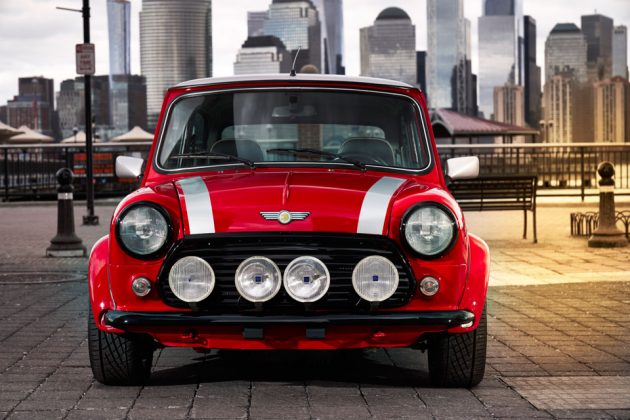 Well, every bit of it smells like the 60s, except for the yellow MINI Electric logo in the brand emblem and on the wheel hubs that offers a subtle hint this isn’t an gas guzzler. With instant power offered by an electric drive, I can only imagine it will only heightened the go-kart feel that made this car so popular. Unfortunately, as desirable as it is, the Classic Mini Cooper will remain unique and thus, it will not be made and it is certainly not for sale. Your only hope for an electric Mini will only come in 2019. But hey, I am not surprise that this particular beauty will pop up in some charity auction down the road. 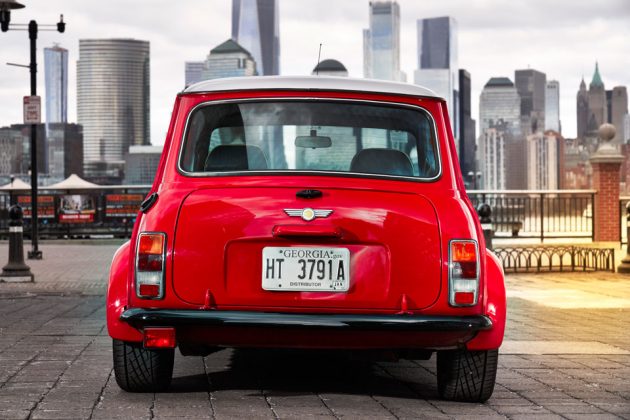