We have seen a myriad of stuff made out of cardboard, including a bicycle and even a car. So, it seems like nothing is impossible for cardboard, right? Well, for regular folks, cardboard will be cardboard and it has got to have some limits, but as far as Ernest Packaging is concerned, that statement holds true. If creating a snowboard, a skateboard and even a surfboard out of cardboard aren’t enough to prove the point that paper can create anything, perhaps, the company’s latest creation, a cardboard-based Fender Stratocaster guitar, would serve to reinforced the notion that paper can be made into anything if you have the expertise and willingness to try. 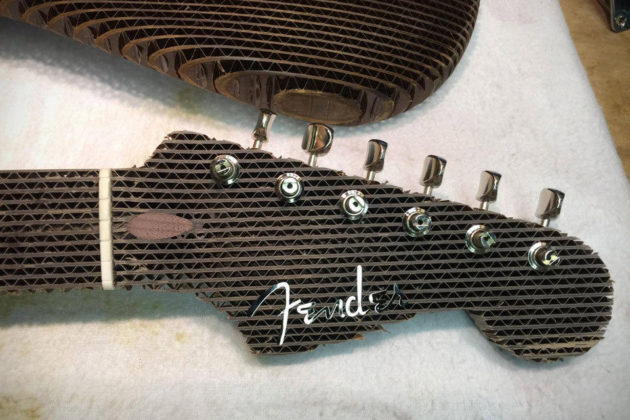 While an electric guitar may not sounds more challenging than the company’s previous projects, it lacks the size that would make for the strength required to take on the musician’s use and not to mention, to deal with a constant 250 lbs of torque exerts by the strings, and doing so while producing the classic sound of a Strat. Most instrument maker would probably dismissed it as impossible, but like before, Ernest Packaging not only took up the challenge, but achieved it with flying colors.

Granted, Ernest did not quite carved the shape based on 50’s Fender Strat, Paul Waller, Fender master builder did, but Ernest Packaging did the foundation that would later become the body, and the neck and the head. Like we said, the result is nothing short of spectacular. In fact, it is so awesome that it gets the nod of approval from the legendary guitar maker and was presented with an official certificate of authenticity. Since its completion, the Ernest Cardboard Fender Stratocaster Guitar had been vet by several Fender guitar experts and eventually delivered to Linkin Park’s Brad Delson to put it through its paces. Needless to say, ‘wows’ and smiles, ensued. 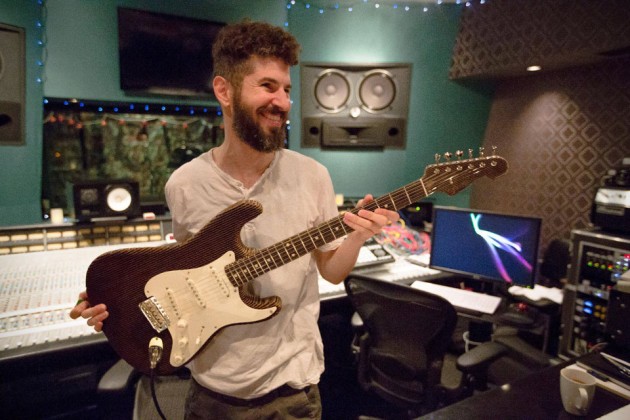