How do you reiterate the point of “human craftsmanship skills” in making cars? I don’t know. Many ways, I guess? But for Lexus, it chose to collaborate with professional designers and modellers to produce a working replica of its electric IS sedan out of cardboards, well, at least majority of the part are. 1,700 based pieces of cardboard sheets were laser cut based on a digital model of the regular car and subsequently, pieced together using wood glue. The car is outfitted with an interior, functionally doors, headlights (yes, even those) and rolling wheels. 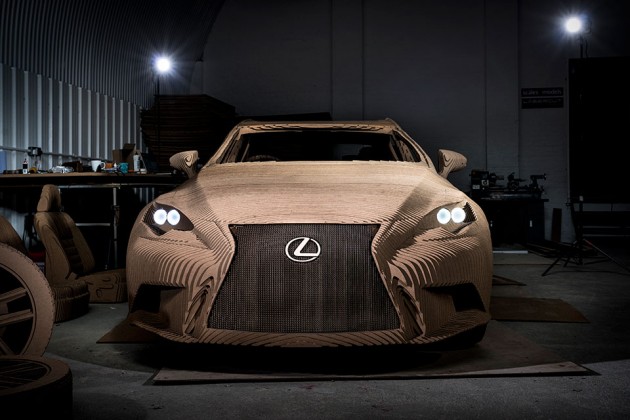 Of course, if its going to ‘function’, i.e. drives, it can’t be solely paper-based; in fact, it has steel and aluminum frame, mainly as the frame for the electric motor that will propel the vehicle. The result? A stunning work of art that reminds us a contoured map and one that’s no doubt not safe to be driven on open roads. And don’t even try to imagine how it will fare in the NCAP crash test, because it probably won’t even take a heavy downpour dished out by Mother Nature.

Head past the jump to catch a video of the Lexus Origami-inspired Cardboard IS Electric Car. Wait, Lexus said the car is origami-inspired, however, we can’t really relate how so, except that it is of cardboard. But that’s just us… 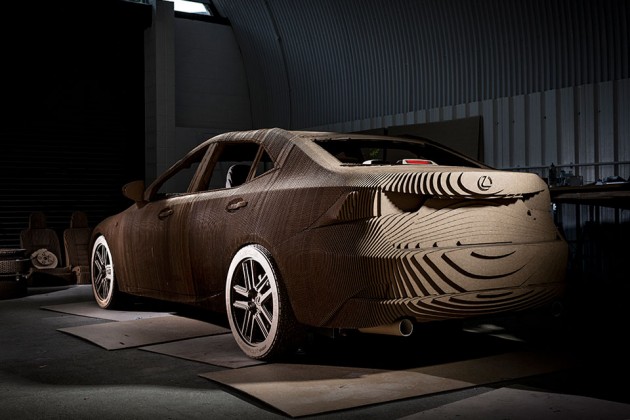 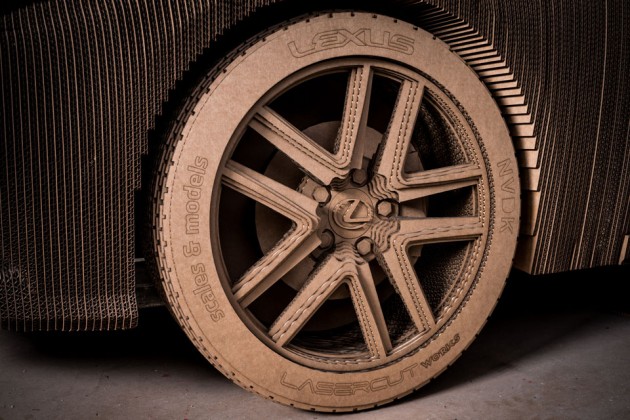 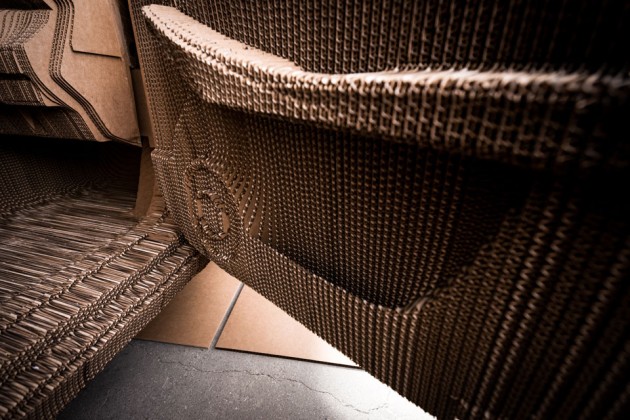 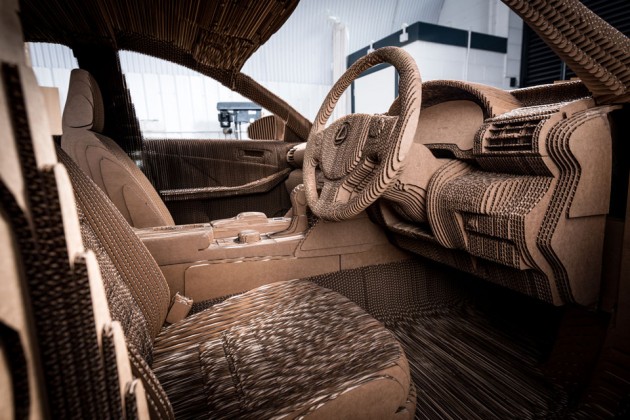 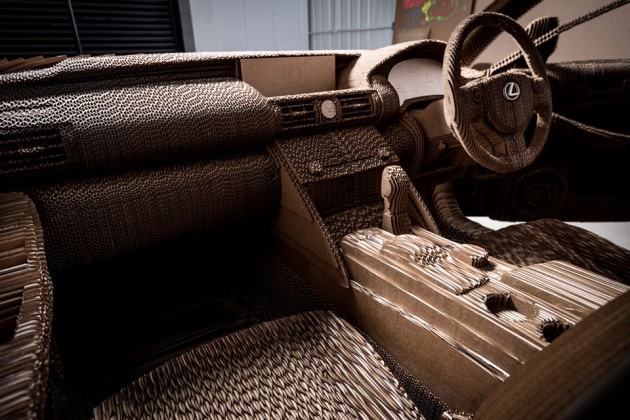