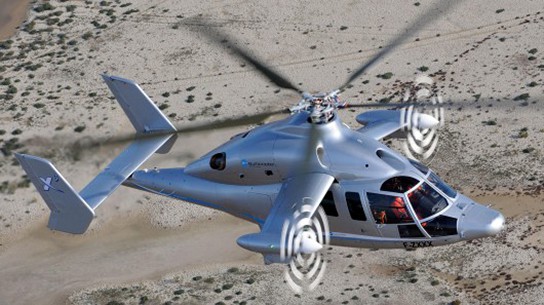 it takes a while to get use to the sight of the Eurocopter X3 airplane/helicopter hybrid. anyway, that’s besides the point. in a recent test flight program, this rather odd looking bird achieved a true airspeed of 180 knots (or 333 km/h) in a level flight at a reduced engine power level.
[ad#Google Adsense-text-468×60]

the X3 stability and handling has been tested since September 6 this year and looks set to be doing well. the true destiny of the X3 is a helicopter that’s built for speed and with the recent test result, this goal seems not too far away. pretty awesome but weird looking at the same time. how does those cute wings attribute it to be an airplane?

could the X3 be the next fastest Vertical Takeoff and Landing (VTOL) craft? that will remain to be seen. the next flight test is due to be in March 2011 where a new goal has been set for the X3. 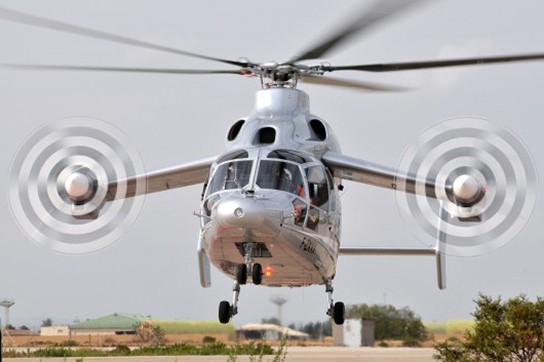